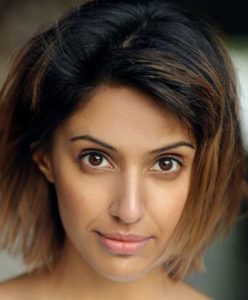 A beautiful and beloved British-Indian actress, Ritu Arya rose to fame and popularity with back to back hit series and movies in 2020. She was cast in high profile shows like Mae Martin‘s Feel Good, Netflix‘s The Umbrella Academy, British SF phenomenon, Doctor Who, and of course Netflix‘s upcoming multi-starer heist-thriller movie Red Notice.

Read the article below about one of the fastest rising British acts of recent times. Get to know the interesting wikis about her, as well as the important biography information.

According to our research, Ritu Arya’s birthday falls on September 18 and she was probably born sometime during the early nineties. As the exact year of her birth was unknown, her exact age remained shrouded in mystery. However, it was estimated to be the mid to late twenties.

Having her birthday on the 18th of September, her zodiac sign was Virgo.

Several online outlets, however, cited the year 1993 as her birth year. If true, Ritu Arya became 26 years of age in September 2019.

Ritu Arya was born to parents with Indian origin and grew up in a large family. Although Ritu wasn’t reclusive about her family life, the exact name of her parents was unknown.

Coming to wikis regarding her measurements. Ritu Arya stands at an average height of 5 feet 5 inches and weighs a modest weight of 58 kgs.

Ritu Arya Got Her Start In Acting With Doctor Who

Like we said earlier, Ritu Arya is one of the most rapidly rising stars of showbiz and that can be well seen from her social media presence.

On Instagram, where Ritu not only shares the information regarding her roles and acting performances but also the precious moments shared with family members, she had a huge following of almost 12k followers.

On Twitter, however, her following in thinner, with almost 4 thousand followers.

Ritu started her acting career only after college. After Southampton University, Ritu trained for acting at the Oxford School of Drama. One of her first acting performance was in 2013 with a minor role in British-French crime drama called The Tunnel.

For the next four years, she did minor gigs. Some of her more popular roles of this phase were in Sherlock, Doctors, Humans, The Good Karma Hospital, etc. For Doctors, British medical soap opera, Ritu appeared for the longest 38 episodes.

Ritu’s rapid ascendency came with the arrival of 2020. First was a minor role in Doctor Who. Then came Mae Martin’s acclaimed comedy-drama Feel Good, in which Ritu played one of the secondary characters. 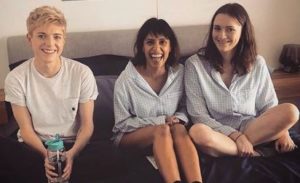 Then she appeared on an ensemble superhero series called The Umbrella Academy, alongside Ellen Page, Tom Hooper, Mary J. Blige, and others. The third and probably the most important of all was Netflix‘s upcoming star-studded heist-thriller Red Notice starring Dwayne Johnson, Gal Gadot, and Ryan Reynold.

She Kept A Low-Key Dating/Married Life

Like we said earlier, Ritu Arya’s rise to fame is very recent and there wasn’t much information regarding her dating life on the web.

Her social media was also surprisingly devoid of any information regarding any possible boyfriends or husband. It was unlikely that Ritu was married and kept that out of her social media. So, if we had to guess, Ritu probably did not have any husband.

Boyfriends, however, are different matters. Ritu might be dating somebody but anything too serious is highly unlikely.

In many ways, Ritu’s romantic endavours enjoyed most success on the silver screen. The season 2 of Umbrella Academy saw her form an adorable pair with David Castañeda, who played her on-screen boyfriend on the show.

Among the top 10 most-watched TV shows on Netflix, The Umbrella Academy shook the whole Internet when it...