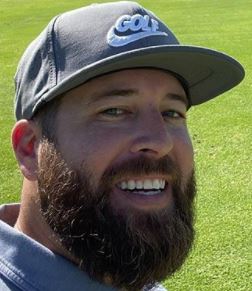 Jasmine Roth is a builder and designer, who gained widespread popularity when she appeared on HGTV‘s reality TV series Hidden Potential. In the show, she renovated and made ordinary houses into stand-out homes for the clients. We already covered Jasmine here. This article is all about her husband, Brett Roth.

Read the article below to everything there is not know about Brett, and also peek into his relationship with Jasmine — they have a very interesting story.

Having his birthday on 4 December, his zodiac sign was Sagittarius.

Brett was born to American parents Ben Roth and Betsy Roth. He has one sibling, a brother called Adam. Like Brett, Adam was also married and had kids. Adam’s wife, and Brett’s sister in law, was Heather Lynn Roth, who was a writer and artist. Adam and Heather had two sons together.

Brett, his father, Ben, and his brother, Adam, all worked for the family company called Roth Staffers.

Brett Roth was quite tall with a height of 5 ft 11 inches and a weight of approximately 88 kgs.

Discussing distinct features, Brett usually wore his beard full and quite long. He wore a snapback cap. But most importantly, he had a charming smile, the kind that could make you at ease.

On Instagram, Brett did have somewhat of a presence, especially considering that he was only famous through his wife. With over 117 posts, pictures of his wife and kids, his friends, and his family members, he had just a little under 7k followers.

Brett Roth is a businessman. After graduating from college, he joined his own family’s company Roth Staffing, which was a larger banner for five different business lines. Brett is the senior vice-president of Roth Staffing Companies. Furthermore, his job in the company was also of a corporate recruiter.

Among the various companies within Roth Staffing, Brett is also the vice president of Ledgent Technology, which works for IT companies to hire the best IT professionals for them.

Most recently, he has also held a job of SVP in Zing, a California based job search website.

As we have already said, Brett is married to Jasmine Roth a house designer and builder. Interestingly, before they started dating they were living together — as roommates. They first met when they were in college. Jasmine also went to Northeastern University.

As they were very good friends, they moved in together as roommates in 2005. When they first started living together, they were both dating other people. However, as time went by, the close proximity within a shared flat brought them closer. At one point, they started dating.

Between 2005 (when they moved in together) and 2013 (when they got married), her grandmother was the one who figured out that there was something more just friendship between them. However, they had a grand wedding in Park City, Utah on 7 September 2013.

Seven years after the wedding, they had their first kid, a daughter called Hazel. In October 2019, Jasmine excitedly announced that they were pregnant with their first child on Instagram. 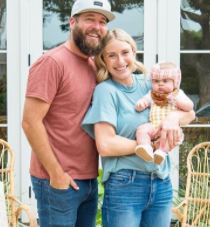 Jasmine gave birth to the kid Hazel in May 2020. Four months together with their first kid, Brett and Jasmine seemed to be in a great place in their relationship.

Currently, they were living in Orange County, California.