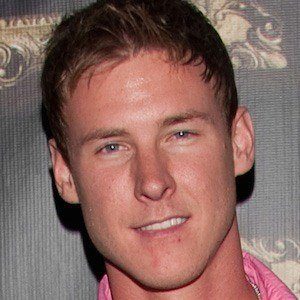 Kasey Kahl first rose to fame with the 2010 installment of The Bachelorette, in which he fought for the heart of Ali Fedotowsky.

Although he could not win the show, and Ali’s heart, Kasey gained enough fame and popularity. Eventually, he found his love, in a different place, a different situation.

Here we chronicle the life and times of Kasey Kahl. Read the article below to know interesting wikis about Kasey.

Kasey Kahl was born on 21 November 1982 to parents, Kerrigan Kahl and Rhonda Kahl. He was born and later grew up in California.

While his parents couldn’t be together for long, Kasey had one sibling from his parents, a younger brother named Cameron.

Kasey’s education began in Clovis, California and he graduated his high school from Clovis High School in the same place. Later on, he went on to study business marketing at the University of Fresno.

Before being rocketed into fame, Kasey worked for a while for his father at KRK Resources, and later for a publication called California Fighter.

Like everyone, Kasey had a mixed childhood. Unlike most, Kasey had to face the abuse of a disability. Kasey’s speech impediment was common knowledge, often a subject of jokes and sometimes of sympathy. In 2012, however, he revealed that he was abused as a child and a lot of that had to do with his speech impediment.

When his parents had separated and Kasey and his brother were living with one boyfriend of their mother. The boyfriend used to beat the Kahl siblings. He would also ridicule Kasey’s voice, which resulted in deep-seated shame about his speech.

Eventually, however, Kasey grew up to be a handsome young hunk standing at the height of 6 ft 4 inches. And, of course, with the coming of age, came the more fun and interesting aspects of his life.

One such interesting thing is a tattoo he had made on his wrist as a sign of devotion for Ali Fedotowsky during The Bachelorette. The tattoo was of a heart being protected by a shield. Of course, he couldn’t win Ali’s heart with the tattoo. So, later when he was engaged with his now-wife, he added the date they got married, thus changing the meaning of the tattoo.

On his professional front, we have already written what he did before The Bachelorette. After The Bachelorette, Kasey had enough exposure and money that he could risk not doing any job for others. Instead, he could start his own business and that is exactly what he did. He started his own wellness business called The Body Building.

From his stint at The Bachelorette, his previous jobs, and his own business, Kasey Kahl had collected a significant net worth of $2 million.

The public chronicle of Kasey’s love life started with Ali Fedotowsky in the tenth season of The Bachelorette. Kasey tried to win her heart, including the aforementioned tattoo. That did not work out as he was eliminated in week 5 of the show.

After The Bachelorette, Kahl started dating Vienna Girardi, who was also the contestant, and the winner, of the 14th season of The Bachelor. That did not work out either.

Soon after, however, he seemed to find the right girl he was searching for. Kasey met a girl named Amanda and after dating for a while, they got married on 12 September 2015.

In March of 2020, Amanda and his wife had their first kid, a boy named Kiptyn. 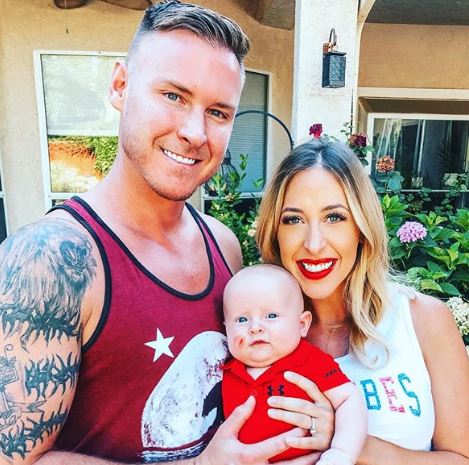 Soon after the COVID lockdown started and the couple was forced to stay inside. They were spending a great amount of time with each other, strengthening their bonds.

Almost 5 years into their married life and the couple seemed more enamored with each other than ever, and with the arrival of the new kid, the family had found a new stronger glue to hold itself together.