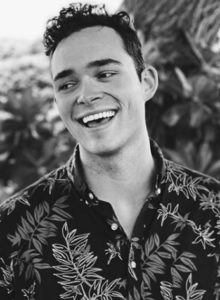 In the 18th Season of ABC’s reality singing competition American Idol, Devon Alexander gained some traction with his nervous yet phenomenal audition. All the judges made a unanimous decision to let him through the round to compete for the title.

This wiki-style article dives deep into the bio and career of the Idol competitor so scroll down.

Devon Alexander Sokyrka was born on 22 November 1996. He turned 23 years old while celebrating his birthday in 2019.

He was born to an anonymous father and his mother Danielle Sokyrka. Besides that, no further details are shared on his parents.

Devon has a sister named Desiree Kuhn. As per her Instagram handle bio, she married her best friend and was expecting a baby in March 2020.

The Sokyrka siblings are very close to each other.

Getting deeper into family details, his grandparents celebrated the 49th anniversary in April 2019.

In 2014, American Idol contestant Devon graduated valedictorian from Gold Rush Charter School. In 2018, he moved from Sonora to Los Angeles, California to pursue his career in the entertainment industry.

Height, Net Worth, Beyond Music

Devon Alexander gives off Men’s wear model vibe with a tall physique and his good looks. He stands at a towering height of 5 feet 12 inches (1.82 meters).

Devon’s fascination with music started early on. But he started taking it seriously only after high school.

The singer’s SoundCloud account had 2 songs as of March 2020. Both of them were cover songs; Liability by Lorde and Redbone by Childish Gambino.

Besides music, Devon was been heavily involved in several social welfare activities. He worked as a community youth educator with the Center for Non-Violent Community (CNVC).

Devon’s advocating work for the prevention of rape cases and sexual harassment is notable worthy. He has worked with school children for the cause.

In November 2019, Devon Alexander announced his American Idol audition in his Instagram. After performing Sam Smith’s “Not In That Way” during the audition, he and Sarah Isen collaborated to sing I’d Rather Go Blind.

Surviving the first two Hollywood Week rounds, Devon sang Patty Griffins’ “Up to the Mountain” in the third. The performance was enough to send him further in the competition.

On the Hawaii Round, Devon performed “Tell Me You Love Me” — a song by Demi Lovato. Despite him giving it all, the judges deemed it not good enough. Hence, Devon got eliminated.

Devon Alexander kept his personal life very private and that includes his dating status. He was never seen getting cozy with anybody.

Maybe, like most up-and-coming artists, he wished his fans to focus on his talent rather than his private affairs. And in a way, it was a good thing for a fan of the artist.

And as for us fans, we get to hear new music out of the sheer focus and hard work rather than seeing an Instagram couple goal.

Getting into his undisclosed sexual preferences, one of the comments on his Instagram post from August 2019, which most likely came from a personal friend, read as,

Behave and don’t be looking at those hot girls