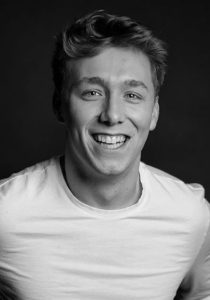 Hollywood week was quite a time for Philadelphia based Brit-singer Louis Knight. On the opening week with, Ain’t No Mountain High Enough by Marvin Gaye and Tammi Terrell. He did well but not enough to fully impress the anticipating judges.

Following that, he dueted with Francisco Martin to sing Breakeven by The Script. While his co-singer was struggling to memorize the lyrics, at one point, he even picked up where he left due to the same cause. Judges were impressed with him for that.

And in the solo round, Louis performed Hold Me While You Wait by Lewis Capaldi. The judges, who were not quite impressed with his Hawaii round and first two performances in Hollywood week saw the same Louis who had won the heart of all three judges.

During the Top 20 Round, Louis performed the beautiful rendition of If The World Was Ending. Lionel, Katy, and Luke praised his song choice.

Fighting for a slot in Top 7, Louis sang Coldplay’s “In My Head.” Commenting on the performance, Katy admired him for leaning towards his roots while Lionel praised his star quality.

During the Disney Night, Louis gave his rendition on Elton John’s classic “Can You Feel The Love Tonight.” He then sang Carole King and James Taylor’s “You’ve Got A Friend” on Mother’s Day.

This wiki-article explores the life and pursuit of a career as a singer along with his dating life.

Louis Knight was born on 10 July 2000 in London, England. He turned 19 years old while celebrating his birthday in 2019. As for his zodiac sign, he is a Cancer.

Louis Knight was born to his mom who was truly supportive of him during his starting days as a music enthusiast and a father who was a member of a pub band named Fabulous Conga Brothers.

He shared his loving parents with three siblings: Max Knight, his elder brother, and his sisters Daisy Knight and Grace Morrissey.

The family was living in Brighton, but his father had to move to Philadelphia for work every two weeks in a month. Due to the difficulty in commute, the Knight family decided to relocate to the United States and made Philly their new home.

Louis Knight was only 7 when he first picked up a guitar. He was enrolled for guitar lessons only to leave it after attending classes briefly because of his underlying ADHD.

By the age of 9, Louis got a little serious with music. The transition he had to go through, leaving behind everything in home town and flying over to a different country, was difficult. Music was the only way to soothe outlet to put him in ease.

But in the Christmas of 2014, Louis got a piano and also got piano lessons. Like all the lessons before, he couldn’t cope with more than 4 or 5 and ended up leaving it too. But by then, the talented singer understood he had to be serious about it and self-taught him his favorite songs.

Before he would embark on a journey of American Idol, Louis had already released an EP titled Small Victories and played in locals of his Philly. In his audition of American Idol, he sang his original titled Change.

The song explored losing his friend Russell Thomas Peck to suicide. They got together joining a high school football team and got close eventually. It was so traumatic and devastating thing that had happened to him that the desire to write a song dedicated to Russell came to him.

All three judges had nothing but praise. Luke Bryan, one of the judges, loved the performance to a level that he claimed Louis was probably one of the biggest stars who had ever walked on the stage of American Idol.

As for other distinct features, since he was born and raised and, as of when this article was penned, had spent the first half of his life in London, he has a British accent.

He has tattooed Small Victories on his right arm which might mean more than just an EP title to him.

Louis’ success and exposure, which he gained after American Idol, saw a great change in his social media accounts.

Louis Knight had been quite private about his dating status.

The secretive nature regarding Louis’ love life enabled him to lock away his girlfriend details deep inside himself. It was quite evident in his Instagram account.

As of 2020, Louis’ sexual orientation along with his relationship details was yet to be made public.

So stay with Starsoffline.com to be updated for any possible developments on that part.