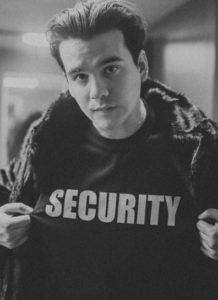 Jonny West had very a unique talent to offer to the American Idol 2020.

Not only he had the talent of showmanship along with a beautiful voice, but he could rap and had few bars that impressed the music competition show’s judges.

The singer who grew up on Eminem, Biggie, Nas eventually overlapped both of his talents and made him a force to reckon with.

This wiki-style article explores the life of Jonny West and his dating life so delve in.

Jonny West was born on 15 October 1996 in Wildomar, California, the United States. He turned 23 years old while celebrating his birthday in 2019.

As for his zodiac sign, he is a Libra.

Jonny West was born in a house-hold where country music was the staple genre for the family.

In an interview with billboard.com, he reflected on how his anonymous father’s fond of songs about a girl with a short skirt sitting on a truck, were the ones he had memorized by heart.

Because of that, his lesser-known mother, who got tired of hearing her son singing those songs passionately, had to put a stop to play those songs around the house.

Later after his high school, they became the main reason for him not giving up on his love for music.

Besides that, none of his social media handle hints any further details on his parents.

And as for siblings, he mentioned having an older brother who got him infatuated with hip hop music.

And as for distinct features, Jonny styles his dark hair like a John Travolta in Grease.

Jonny West is a private individual and his social media pages stand true to the statement.

As of May 2020, his verified Instagram account sheltered 85 posts, the oldest one dating back to 2017. A burgeoning 89.3k and counting followers could be seen on the same.

Like many other contestants, Jonny West’s love for music came to him at an early age. But not until his high school years, he had become serious and considered it to be a feasible career.

Playing piano, the skill he had already honed in his teens, proved to be fruitful when he performed at local coffee houses. Soon, Jonny teamed up with his brother who had minimum knowledge of the guitar to perform at the shows.

But after graduating high school, he made up his mind to take a break from music and decided to be a truck driver. It was the opportunity for him to travel, which he had liked very much, and having a real job.

Coming to his American Idol journey, Jonny made the Top 10. For a slot in the Top 7, he opted to perform Journey’s “Faithfully.”

The singer-rapper contestant wasn’t alone when he graced the stage of American Idol season 18. His girlfriend, Margie Mays tagged along with him and performed. 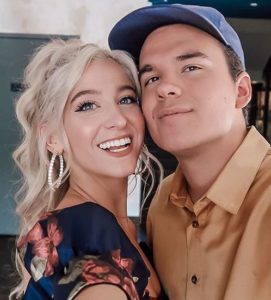 In the Q & A of Margie May’s YouTube channel, the two shared the music theory class. Jonny had just graduated his high school and joined in music school to study songwriting whereas Margie joined the college to study vocals.

The in-love couple didn’t get acquainted at first. At one point, due to the health complication, Margie took a break from her education.

But eventually, she returned. Jonny talked to her and waited outside the class to the point that she couldn’t avoid but talk to him, though she was into him.

And long story short, the couple started dating each other. And American Idol 2020 was the return of Margie Mays. But sadly, she got eliminated which had Jonny filled with all types of feelings.