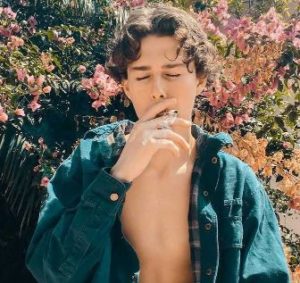 In today’s world, most of the youngster are craving out their career on the internet by showcasing their creativity on one or several things. Likewise, Ryland Storms is an entertainment personality whose main forte is TikTok. He has not only grown his popularity on the particular app but has leveraged on growing a commendable presence on Instagram and YouTube as well.

Below is the wiki-style article, get familiar with Ryland’s bio, age, social media popularity & net worth. Additionally, also learn if he is dating someone or not!

Hailing from the United States, Ryland Storms holds an American nationality and embraces a Caucasian ethnicity.

However, he had not mentioned or talked about his parents with the public. The same was true of his siblings. Moreover, none of his siblings or parents made a presence on his social media platforms.

The Tik Tok star stood five feet and ten inches (1.78 meters) reportedly. His weight, on the other hand, surpassed the 68 kilograms mark.

Moving on with his appearance-wise, he possessed dark wavy brown hair and dark brown eyes.

Ryland Storms first stepped into the limelight via TikTok. On his account, he uploaded videos related to his dance, comedy, lip-syncs, and collaborative content.

By July 2020, he had garnered a considerable amount of fame accumulating more than 3.5 million followers and 105 million likes on his videos.

The social media star not only gained popularity on the social media platform but also gained fame after becoming a member of the group named The Hype House.

Moving on, after Ryland Storms’ career took off, his fortune saw a steep rise. By 2020, his estimated net worth revolved around $300K. In the future, many predicted the figure to increase.

Amid heaping popularity, Ryland faced scrutiny after sharing a now-deleted promotional video of him lip-syncing to BigKlit’s hit “What That Mouth Do”. Fellow Hype House member Dixie D’Amelia and Noah Beck had also joined him.

Lyrics of the song mentioned the N-word more than once and even contained the line: “If there was a god, I would make him eat my p-ssy.”

Infuriated with the video, the fans expressed disappointment with the trio. Also, many labeled the song offensive to religions.

In his apology, Ryland took all the blame and asked the fans not to criticize his Hype House members. Furthermore, the social media star claimed he didn’t mean to offend anyone.

Well, talking about his sexuality, Ryland Storms didn’t seem gay. Although he kept his personal life a secret, everything indicated that he was straight.

Rumors/gossip of Ryan being gay started after he posted a picture together with The Hype House member holding hands. 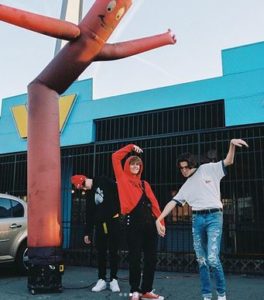 However, the rumors of him being gay were baseless — no matter how feeble.

Well, as it seemed clear and sound that Ryland was straight — his heart might be with a very special girl. And looking at his popularity, many girls might also be vying to be his girl.

Surprisingly, Ryland never expressed his dating life to the public. However, people following him on his social media did not miss a picture together with Mia Hayward.

On 7th May 2019, when Ryland posted a picture with four other people, his admirers only noticed how Ryland and Mia looked cute together. They flooded his Instagram notification — admiring them as a couple. 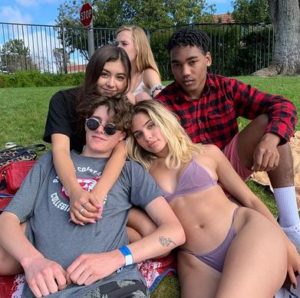 At the time, it was too early to come to a conclusion — whether they were dating or were just friends.

Nonetheless, fans hoped to hear good news from Ryland and get a chance to see his girlfriend with him.