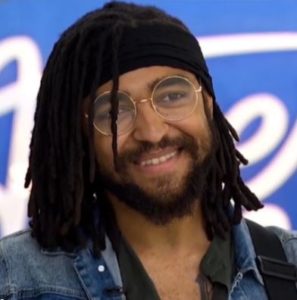 Franklin Boone defined himself as an introvert and of a shy personality as he competed for American Idol season 18.

With all the vibrant personalities surrounding him, Franklin felt a bit of a challenge to shine amongst them. But he wanted to feel comfortable in his ‘own skin’ and was determined not to change.

Luke Bryan compared Franklin with the season 17 runner up Alejandro Aranda. Furthermore, Franklin mentioned that he took inspirations from Alejandro and aspired to follow his footsteps for the season.

Franklin was a music teacher at the School of Rock in Wake Forest. In that regard, Katy implied that it would be a shame if he didn’t make a name of himself, now that he appeared on the show.

But proving his worth, Franklin had already made it to the top 20 in the American Idol.

Learn more about Franklin’s wiki and bio as the article continues.

Franklin Boone turned 28 years of age as he celebrated his birthday on Feb 20, 2020.

Reminiscing his childhood, Franklin recalled that he started music from an early age of 2. He had a piano in his home which was his sanctuary. Whenever he was upset or agitated, he would play out the keys and find relief.

It is without a doubt that his introverted, artistic, and charming personality comes from his Pisces zodiac trait.

Born and raised in Durham, North Carolina, Franklin Boone grew up in a happy family. His parents mentioned that he wrote his first song at the age of 3. The singer’s mother always felt tickles as he sang.

But the first song Franklin remembers writing was around the age of 4-5. The song was later released as “Perfect Love” which can be found on all streaming services.

Talking about his education, Franklin is a high-school graduate. It was at high-school where he picked up a guitar and started jamming with friends.

Also, he attended East Carolina University and has a degree in Cultural Anthropology. During the end of his college days, he was the worship leader for the campus church.

After completing his education, Franklin became the worship leader of a church in Durham. He played on every Sunday with the group from the church.

Franklin idolizes singers like John Mayer, Dave Matthews and, Chris Martin. He was influenced by their music and likes to write songs about the struggles of life.

To mention his distinct features, Franklin loved to dreadlock his hair and tie a headband below it. He maintained his weight at around 62 kg (136.68 lbs).

For his audition, Franklin Impressed the judges with his raspy cover of Dreams by Fleetwood Mac.

Moving on to the Hollywood week, he dueted ‘Use Somebody’ by Kings of Leon with Jordan Moyes. And for his solo round, he sang River by Leon Bridges.

It was his performance on Daughters by his favorite artist John Mayor that put him in the Top 20.

Vying for the Top 10 spot, Franklin gave it all singing “Everybody Wants To Rule The World.” All three judges seemed happy with his performance.

As of 27th April 2020, you may reach out to Franklin on his Instagram @franklinboonemusic with more than 14.9k followers. On his twitter @FBooneMusic with almost 500 followers. And on his Facebook @franklin Boone with 1.92K followers.

Franklin even owned a self-titled YouTube channel with 843 subscribers. Also, You can download his music and learn more about him from his page @franklinboonemusic.

Franklin has a daughter named Zoe who was born around 2019. Zoe loved to sing, Franklin even uploaded a video of her singing along with him on his Instagram. 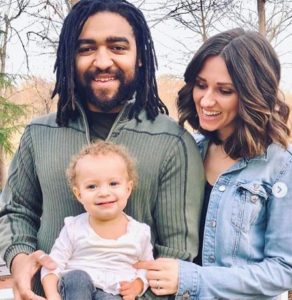 Deeply in love, Franklin was married to his wife Merrie. He even dedicated his Hawaiin week song to his daughter and wife. Previously, he sang the same song just a day before he found that Merrie was pregnant with Zoe.