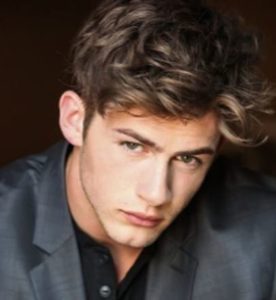 Dillon James was a changed man as he auditioned for the American Idol season 18. He begged for forgiveness as a son and as a brother to his family and had been sober for 2 years then.

Addicted to drugs and alcohol for over 5 years, Dillon got an awakening call as he lost everything and finally found himself on the street.

Over this journey, he realized that it was only human to make mistakes. But learning from the mistakes and through perseverance and dedication, anything is possible.

Dillon further added that he had never been a preacher. But if he was able to help somebody by sharing his mistakes then, he was truly blessed.

Learn all about Dillon James’s wiki as you tag along with the article.

Born and raised in Bakersfield, CA, Dillon James is a singer, songwriter, and actor.

The spiritual cowboy, Dillon looked like the ‘country-Post-Malone’ as he held his guitar in his favorite cowboy hat. On his Hawaiian-week American Idol, Katy mentioned that he looked like a star, favored by his zodiac.

Dillon was 26 years of age when he first auditioned for the American Idol 2020. His family was happy to have him back and be able to celebrate birthdays together as once before.

Having him back in the family, Dillon James’ mother Lindy rejoiced, “I love him like I almost lost him, I have him back and I’m not letting go.”

As an appreciation to his mother, Dillon posted a picture of him as a child with his mom on Instagram with a beautiful caption. He thanked her for always being there ‘through thick and thin’.

To mention about Dillon’s sibling, he has a supportive brother who came to the audition along with their dad and mom.

Being back in Hollywood, Dillon James recalled having a lot of bad as well as good memories. It was there where he began his acting career and got lost along the way.

Dillon has released his original songs with can found on Spotify. Along, Third eye, Getting high are some of his fans’ favorite. Also, he even won the International Modeling and Talent Association’s season 1 songwriting competition in 2012.

Reportedly, before American Idol, Dillon had a job as a construction worker.

Dillion James’s net worth was estimated to be around $100 thousand as of early 2020.

For his auditions, Dillon James presented a soothing cover of Bob Dylan’s Make you feel my love. After three yeses from the judges, he went to Hollywood to perform his acoustic version of Vienna by Billy Joe.

Later, he sang Use Somebody by Kings of Leone on a duet with Evan Kuriga and sang his original song for his solo performance.

During the Hawaiian week, Dillon gave a short inspiring speech followed by an amazing cover of  Bob Dylan’s The Times They Are A-Changin’.

Dillon made it to the Top 20 of American Idol season 18. As a Top 20 contestant, he then sang Ray LaMontagne’s Let It Be Me.

Reaching the Top 10, Dillon performed The Beatles’ Yesterday. While on Top 7, he sang James Taylor’s Own Town and Amos Lee’s Hang On, Hang On.

In the finale, Just Sam triumphed over Dillon and other contestants and won the coveted title of American Idol.

During the audition, Dillon James showed his stunning tattoo of Jesus Christ on his front torso. He mentioned that he had tattoos all over his body and also showed off his tattoos over Instagram.

Working in the constructions, Dillon naturally had a fit body. He measured approximately around 63 kg (138.89 lbs).

As per the data before Summer 2020 — You can find Dillon James on Instagram @dillionjames21 with 104K followers, on Twitter @DillonJOfficial with almost 5K followers, and Facebook with @Dillion James with 9.7K followers.

He also had a self-titled Youtube channel Dillon James Official where he posted originals.

Dillon James mentioned on his Instagram post that he lost his best friend and there was nothing to look forward to.

In wonder to who that best friend might be, fans have speculated that Dillon might have broken up with his girlfriend. They were supportive of him and some female-fans even commented that they were ready to become his wife.

In light of the accusations — Dillon James could be gay. So far, he hasn’t spoken about his sexuality.