Doug Kiker is the garbage man who auditioned for the American Idol in 2020. With no training and experience whatsoever, he came in the show to prove to his two-year-old daughter that “If you put your mind to it, there’s nothing u can’t do.”

The answer to why judge Lionel Richie reflected on, as he implored Doug to warm up his voice before the audition.

After a minor warm-up for 15 minutes, the judges were completely stupefied as he began to sang Rascal Flatts’ Broken Road. A voice so strong and suited for country music, he quickly gained the hearts of a million all around the world.

With all the raw potential hidden inside him, the judges were intrigued by what the man could do with his voice. The set got emotional as Katy called Doug and said, “That wasn’t garbage. That was greatness”

Learn more about this hidden gem as we unfold his life story.

Doug Kiker was 27 years old when he first auditioned for American Idol in 2020. Also, he grew up in a small town called Greensboro in Alabama and worked mostly on a garbage truck for Advanced Disposal.

He attended Greensboro High School West and at the age of 17, he decided to move to Mobile, away from his parents.

Doug always loved to sing but never had a chance for proper training as he was busy helping his family. The only place he got a chance to perform was at the back of his garbage truck.

“He told me to warm up real quick. I didn’t even sing. I don’t know what I’m doing. How am I going to warm up?”, Doug abashed humorously in front of Ryan. The vocal warm-up from Ryan Seacrest was the first lesson he ever got.

He stood a little shorter than Lionel as they hugged and shook hands. Perspectively, one could conclude that Doug Kiker is about the height of 5 feet 8 inches (172.72 cm).

Despite a gifted voice, Doug Kiker had yet to establish footwork to enter the entertainment industry and earn his living. He went back to his work as a garbage man and didn’t disclose further information about the show.

He shared covers of songs on youtube under the channel Douglas Kiker. As of March 2020, it had about 3.44K subscribers. It is bound to shoot up as he gains exposure over the national TV and social media.

Doug wrote his originals, Singing in the rain while the tornado sirens going off on November 21, 2019. He was also seen performing gigs with local bands on shows. He uploaded a video to his channel on Feb 24, 2020, titled “Ain’t no sunshine cover-First time with a band!”

Fans from all over the world flooded his Instagram to congratulate him on his selection and wish him good fortune in days to come.

Doug Kiker along with his wife Valeire Kiker had a daughter named Eliana (born in 2018). He was struggling to find a better life for his family as they were expecting another child. 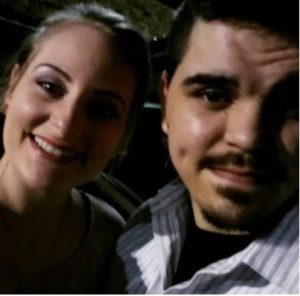 Valarie was supportive of Doug’s decisions and encouraged him to audition on American Idol. Doug wouldn’t choose to wife any girl if she wasn’t with him in his stormy days.

Being married was the hardest thing Doug could imagine when the father of two kids was just making it through life just by the skin of his teeth. By 2020, they got married when everything fell into place.

With a beautiful voice and a soul, many thought it was hard not just to adore and love the cheerful personality that they believed Doug Kiker was.

On 13 May 2021, the police arrested Doug Kiker charged with third-degree domestic violence (harassment). What’s more, the arrest occurred after a woman made a 911 call. According to TMZ, Doug’s relationship with the woman wasn’t shared at the time.

Also, Before you go – Tammy Jean Stocks Wiki – All About Sean Larkin’s Ex-Wife