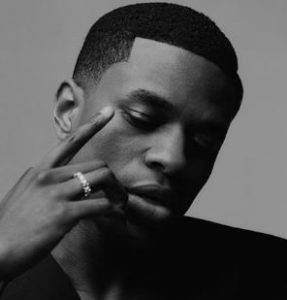 “Hollywood Reporter” labeled Jeremy Pope the breakout star of the Broadway season in 2019. His back to back debut in plays “Choir Boy” and “Ain’t Too Proud” earned him the title. What’s more, he joined the cast of Netflix series titled “Hollywood.”

Continue reading and delve into Jeremy’s biography. In doing so, get familiar with the actor’s girlfriend, family, and net worth. Furthermore, learn about the gay rumors and his height.

In the Summer of 2019, Jeremy Pope touched 28 years old. On 9th July, the famed actor blew the birthday candles. Also, he inherited his eccentric personality from his Zodiac sign (Gemini).

Per the cover story published on them.com in Feb 2020, Jeremy Pope grew up in a “pastor’s family” in Orlando. Admittedly, his upbringing was very religious.

As a kid, Jeremy frequented church. There, he sang and eventually led the youth choir. Also an athlete, Jeremy opted for a role in the musical “Cats” before a spot in the high school’s football team.

Seeing his career trajectory, Jeremy’s parents wanted him to become a Disney star. Defying their wishes, he left for New York instead of a college in Flordia.

While in The Big Apple, Jeremy attended the American Musical and Dramatic Academic. Upon graduation, he recieved a Royal Caribbean contract. To his parents’ dismay, the rising actor declined it.

Between 2013 and 2018, Jeremy Pope immersed himself in both Off-Broadway and Regional scenes. During the period, he starred in “Choir Boy,” “Invisible Thread,” “The View Upstairs” and “Ain’t Too Proud.”

For his performance on the Broadway display of “Choir,” Jeremy earned a “Best Actor” nod in the 2019 Awards. Moreover, he also recieved a Grammy nomination in the category “Best Musical Theater Album” for his part in “Ain’t Too Proud.”

Jeremy’s silver screen debut came in 2018 via the film “The Ranger.” His stock rose after securing the role of Archie Coleman in the Netflix show “Hollywood.”

With TV shows and movies offers lined up on the horizon, Jeremy looks to build on his $300 thousand net worth.

According to Jeremy Pope, his upbringing gravely impacted his theatrical aspirations and sexuality. As a black teen from a religious background, he experienced discomfort with every passing year.

Up until his Sophmore year in high school, Jeremy’s romantic partners were mostly girls. In the Feb 2020 them.com, the actor recalled the moment realizing he liked both guys and girls. However, he refrained from identifying as either bisexual or gay. Jeremy shared,

“Freshman or sophomore year of high school, I was dealing with my sexuality… I hadn’t really explored with other guys, but I had been with girls… I think I like both. But I wasn’t ready to identify with the label of gay or bisexual — I remember how they frame it as a choice in the church… “

When Jeremy played a lead role in the high school production of “Cats,” he mustered courage to finally live his truth. Meanwhile, his parents were very supportive of everything he did. In his words,

When it came to choosing between track versus being in a school play — let alone being in Cats, where we were going to be in tights and playing cats on stage — what really gave me the confidence and helped me expand my truth is my dad. My dad is my best friend, and always loved me unconditionally no matter what. When it came to deciding between running track and being in the school musical, I knew that the the people I’d go home to, my dad and my mom, would support me.”

As of 2020, Jeremy seemed single. His social media posts suggested he was available for dating. Furthermore, the Broadway star hadn’t unveiled anyone as his partner.