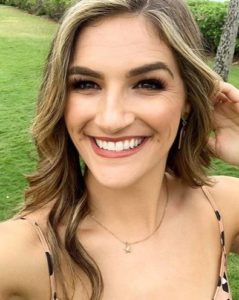 On the Hollywood week of American Idol 2020, country singer Grace Leer outshined her duet counterpart, Hannah Prestridge. While Hannah was eliminated from the round, Grace proceeded to the next round of the show.

Since the inception of her arrival, Grace had gained nothing but compliments from all three judges and millions of fans of the show. This Wikipedia format article revolves around the life and musical career of Grace. So scroll down and get to know her better starting with her bio.

Grace Leer was born on 28 November 1991 in San Francisco, California. She turned 28 years old while celebrating her birthday in 2019. As for her zodiac sign, she is a Sagittarius.

Grace Leer was born to her mother and her father, Buzz leer, who is an actor and model. Her parents separated when she was young. But she stands in the right term with both of her parents.

What’s more, Grace is the youngest among all of her siblings. She has two older brothers Charli and Chris, and Anna, her older sister.

All of the members of her family are very close to each other. And her Instagram posts stand as evidence to support the statement made.

When Grace Leer completed her high school, she had different colleges and universities to choose from. But, being a star athlete had its perk. She was offered a full scholarship at the University of California-Berkley.

Grace graduated from there with a degree and a title of student-athlete in 2015. During her time there, she devoted herself to the Division I women’s team of the college.

Grace Leer’s relationship with music dates back to an early age. Allegedly she started performing since the age of 8. But, she performed on TV for the first time when she auditioned and competed for the title of American Juniors.

In the audition, she performed ‘To Sir, With Love’. Gladys Knight, who was sitting on the judging panel had nothing but compliments for her singing and her voice. But she was eliminated before the top 10 was announced.

At the time of the audition, Grace was only 13.

Grace Leer auditioned for the season 18 of American Idol in Milwaukee. Her auditionee number was 21024. In her audition, she sang Crowded Table by The Highwomen.

While Lionel Ritchie complimented her on the way she was able to deal with on the spot performance, Katy Perry and Luke Bryan complimented the texture of her voice with a country influence on it.

After hearing all the compliments, Grace felt validated and was left in tears before she could hear the vote.

Conclusively, all the judges voted Yes! to send her straight to Hollywood for the next round. In Hollywood Week, she did well in solo performance and the duet, when she went head to head with another contestant Hannah Prestridge.

For her performance in Hawaii, Grace sang Aretha Franklin’s “(You Make Me Feel Like) A Natural Woman.” Later, the judges decided to let the fans choose between her and Lauren Mascitti for the 20th spot. The American Idol fans, in the end, voted Grace through.

During the Top 20 showcasing, Grace brought her A-game as she performed an emotional rendition of Faith Hill’s “Cry.”

Singing Judy Garland’s “Over the Rainbow,” Grace then positioned herself as the contestant to make the Top 7 Round.

Before she tried her luck as a solo artist, Grace Leer performed with her band. In collaboration with Kyler Clouse, her long time friend, she started a band after college.

The band played at several events and gave live performances most of the time. Together they made songs such as California Country, Going Back Home, Found New Love, Light Is Always on, and several notable others.

Yet, Grace was no stranger to the performing in front of the crowds, even before she formed the band. She had sung the national anthem for multiple sporting events including San Francisco Giant’s Games, Golden State Warriors Games, San Jose Sharks Ganes, and many more.

After Grace Leer stepped into America’s most prestigious singing competition show, her fan following has grown in a considerable number.

And as for her self-titled YouTube channel, it owned over 563 subscribers which are expected to grow in the coming days.

When Grace Leer showed up in the audition with a man in a cowboy hat and a guitar people started speculating that they shared something more than the music.

The beautiful chemistry the pair demonstrated on the audition made everyone believe the couple must be dating each other.

But later, Grace dedicated a post in her Instagram account to the Cowboy hat man and revealed his name was Kyle Clouse. He was a long time friend of Grace and they met each other through a mutual friend.

Kyle, who has been a song-writer and musician, thought of collaborating with Grace. As he needed a female singer who could do justice to the song he wrote he teamed up with Grace and even formed a band together. As of 2020, Grace was engaged to Spencer Bartoletti, who is a lead singer of the band Reverie Lane.

Besides, no dating history of Grace hadn’t been made public. Whereas, the matter of her having a husband kind of seemed far-fetched considering her current relationship status.