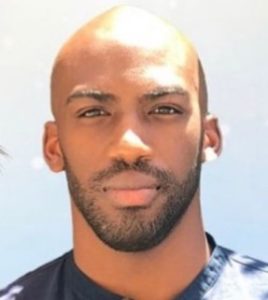 The 23rd season of Big Brother has arrived. To create some hype ahead of the show’s premiere on July 7, 2021, CBS gave a sneak peek into the new season by releasing the list of 16 houseguests who will be competing for a massive half a million-dollar prize.

Xavier Prather is one of the 16 new houseguests in Big Brother 23. Learn about his age, job, and girlfriend in this Xavier Prather wiki.

Coming into the show, it looked like Xavier was an avid admirer of the Big Brother franchise. He revealed Chilltown and The Hitmen as his favorite houseguest duos in the history of Big Brother. He also talked about Britney Haynes’ goodbye message to Boogie on Big Brother 14 and Danielle Reyes’ impressions of her Big Brother 3 houseguests being his all-time favorite moments from Big Brother.

As per Xavier’s CBS profile, we got to know that he was most excited about the competitiveness in the game. For Xavier, the toughest part of being in Big Brother would be not being able to talk with his family, especially her mother.

Like many other contestants in the show, Xavier’s strategy to win the game was making connections and friendships with his castmates.

According to Xavier Prather’s CBS profile, he was 27 years of age in July 2021.

Xavier Prather celebrates his birthday on the 12th of May every year. One of his close friends Mike Vander Ploeg made a Facebook post to wish him a 21st birthday on May 12, 2015.

Xavier has been living in Milwaukee, Wisconsin for some time now. However, he is originally from his hometown in Kalamazoo, Michigan.

Xavier Prather was born to his parents, Rick Prather (father) and Kenya Calloway (mother). His dad Rick has been working as an IT analyst at Parker Hannifin for the last 25 years. Rick had his Bachelor’s degree in Accounting from Davenport University.

Xavier is very close to his family members, especially his mother. On December 23, 2014, Xavier posted a picture with his mom on his IG handle and revealed that he had united with her after three long years. 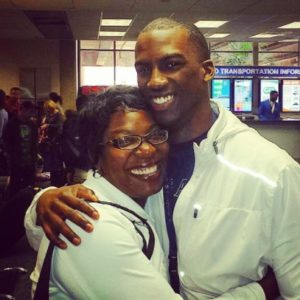 Xavier reunites with his mom after three long years in December 2014.

Xavier had previously lost his grandma on February 4, 2019.

Reality TV star Xavier Prather stands tall at a height of 6 feet 1 inches and weighs no more than 80 kilograms. His distinctive physical features would be his bald head and chiseled body.

However, Xavier was always active on Instagram. As of July 2021, the reality TV star had around 3.2 thousand followers on his @xaviereprather IG account.

As of 2021, Xavier Prather was still working as an attorney lawyer at Reinhart Boerner Van Deuren s.c. He joined the law firm in September 2019 as a law clerk.

Xavier’s first job was as a Law Clerk at Hills Law Office. From May 2018 to July 2018, Xavier worked as a Summer Legal Extern at the University of Notre Dame Department of Athletics Compliance Office.

From October 2018 to August 2019, Xavier served as a Law Clerk at Gruber Law Offices, LLC. Before Xavier joined Reinhart Boerner Van Deuren s.c., he was a Legal Intern at Milwaukee Bucks Inc.

While we did not know how much Xavier made last year as an attorney lawyer, an average salary for an attorney in Milwaukee, Wisconsin is around $96 thousand.

Xavier Prather’s net worth was estimated to be around $400 thousand.

For education, Xavier went to Gull Lake High School. For his undergraduate studies, Xavier joined Spring Arbor University in 2012. He graduated from there with a Bachelor of Arts degree in Criminal Justice and Pre-Law.

From 2017-2018, Xavier studied at Valparaiso University School of Law and acquired his Doctor of Law degree (JD). Later, he attended Marquette University Law School and again achieved a doctoral degree in Law in 2020.

As of July 2021, we had no idea about Xavier’s dating life. Going by his socials, it’s unlikely that Xavier Pratj has a girlfriend.