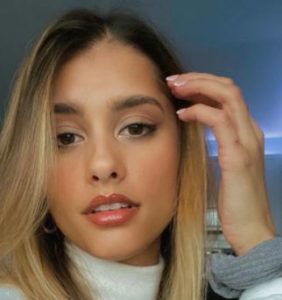 Beware! Big Brother is watching! Long gone are the days when such statements could wreak havoc on people’s minds. Now, viewers all around the world love to watch Big Brother watching different celebrities. Well, the viewers’ love Big Brother is back for its 23rd season, and one of the contestants who Big Brother, and thus the viewers, will watch is Alyssa Lopez.

In this article, we shall introduce you, dear readers, to Alyssa Lopez so that you will fall in love with her even before you start following her on Big Brother. Get to know everything about her including her boyfriend info, parents info as well as her age, her height, her job, etc over this Alyssa Lopez wiki.

The new cast members of the 23rd season of Big Brother were announced on the 1st of July 2021 and among the 16 new contestants competing for the prize money of $500 thousand, Alyssa Lopez was one. According to her show profile in CBS, the three words that described her were “witty, sarcastic, and outgoing”.

Also, the five facts about Alyssa that she revealed during the course of her introduction to the show were: 1. She “was featured on a Hooters Billboard and Taxi Top.” 2. She has her “Drone Aircraft License. 3. She has her “Bachelor’s Degree in Broadcast Production.” 4. Alyssa “did gymnastics for 10 years.” 5. She is “launching a swimwear line.”

When asked what she was most excited about living in the Big Brother house, Alyssa answered “I am most excited to just live out my number one bucket list goal. I have religiously watched Big Brother since I was 11 years old…It will also be exciting to meet new people around the U.S.”

Alyssa Lopez celebrates her birthday every year on the 18th of July. And as of 3 July 2021, she was 24 years of age. She was celebrating her 25th birthday within a few weeks.

According to her Instagram, Alyssa Lopez’s ethnicity is Puerto Rican. So far, we do not know much about her parents and siblings. Her father as well as her elder sister was featured a few times on her Tiktok as of 2021. But we still do not know either’s name.

Her hometown is Sarasota, Florida. As of 2021, she was still living in her hometown.

Alyssa Lopez stands at a tall height of 5 ft 6 inches. Her other features include brown hair and brown eyes and a very shapely body.

Alyssa had a decent following on social media, especially on Tiktok and Instagram until 2021. On her Instagram @alooopezz, she had 14k followers. Similarly, on her Tiktok channel @alyssalooopezzz, she had over 3.7k followers and 471.7k likes.

Alyssa Lopez’s reported net worth, as of July 2021, was under $400 thousand. But before joining Big Brother, Alyssa Lopez was an entrepreneur. With her friend Meredith Mickelson, she co-founded a swimwear company called Molliebird.

Molliebird‘s swimwear pieces are “chic, flirty, and sophisticated” and were prepared by “utilizing premium fabrics”. The clothes were also very comfortable to wear. Their most recent release was a two-piece bikini which was priced at about $58. Their best-selling items ranged from $58 to $116.

Before starting the entrepreneurial job, Alyssa was a content creator for an apparel brand. She had a film degree and was a licensed drone operator.

As of 2021, Alyssa Lopez was reportedly still with her boyfriend, Lew Evans.

According to Lew’s LinkedIn profile, he is the VP of Marketing and Business at American Senior Med in Tampa, Florida. He is also the founder of Peak Meadia. Apart from his jobs, Lew had also played college basketball for multiple colleges, including the University of Tulsa and Utah State University.

Not many details are known about Alyssa’s relationship with her boyfriend Lew. If we were to observe their social media, the earliest Instagram posts of Alyssa and Lew together appeared in January 2020. Then, later on, it looked like the two of them quarantined together. 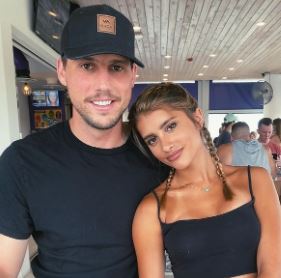 And the latest Lew appeared on Alyssa’s IG was in July 2020. On the other hand, in Lew’s Instagram, which was not as active, they appeared last time in September 2020. There was no telling what happened between Alyssa and her boyfriend. Maybe they are still dating. Maybe they have broken up.