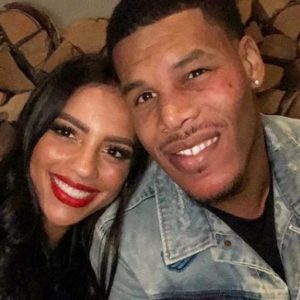 Ron “Boss” Everline worked as a personal trainer for actor/comedian Kevin Hart for a few years now. As a gesture of gratitude, Kevin teamed up with Celebrity IOU to help renovate Ron’s “crumbling Backhouse.”

In the Celebrity IOU, A-Listers celebrity tries to do something good for their close people as the gesture of their appreciation. As for Kevin Hart, he did his share of good deeds in the TV show for his personal trainer Ron “Boss” Everline.

Back in 2019, a car accident had left Hart with serious back injuries. So, Ron helped the actor/comedian walk again.

As Kevin shared, “My life got flipped upside down by a tragic accident, and I had to kind of start over. It’s good when you have somebody to do it with you and walk you through it. And Boss was there with me every step of the way.”

Kevin had praised him on his socials on regular basis. He dubbed him as “the best in the business in my opinion.” In Hart’s own words, “I got knocked down and had to start over on Sept 1st, 2019 & he has been there every single step of the way.”

It was now time for Hart to give back for everything Boss did for him. So, he teamed up with HGTV’s twin brothers to transform Everline’s “crumbling backhouse” into “a retreat.” As it explained, “In a nod to how he met Boss, Kevin will even help design a custom barbershop for the new space.”

As episode description revealed, the team will “knock down the old kitchen and tear up the rotted floors of the backhouse.” It will be renovated to include “a modern kitchen with a hidden bar and large stone island and an open living area for entertaining with expansive sliding doors to the back yard.”

But the relationship between the two wasn’t always great. According to Kevin Hart’s Netflix documentary, Kevin Hart: Don’t F*** This Up, he had a heated argument with Ron about money and his job with him.

In an interview with GQ, Ron dubbed himself a creamy guy. At the time he had started diving into peanut butter and apple. For the greens in his diet, he hits up fresh-pressed juice spots where he adds turmeric and ginger cayenne.

As for dinner, Ron had a “fiesta”-themed with corn and jasmine rice. He doesn’t eat red meats, and he had started adding turkey back into the mix.

Ronald Everline or Ron “Boss” Everline was born to his anonymous parents in Texas, the United States. His dad came from a big family with 20 siblings of his own. So, he was surrounded by athletic talents and a few former pros.

Since Ron grew up with eight brothers and sisters, his beloved mother often told him that she gave them each other (siblings) so the kids didn’t need friends. Because of this reason, family always came first to him and then his cousins.

As Ron shared on MYCOMEUP: “I grew up in middle-class America, though I don’t think we were middle class. You know, lights got turned off a little bit, but you know, having eight brothers and sisters, you understand the struggle and you understand the idea of sharing.”

Sadly, Ron lost his mother when he was only 11 and his brother passed away as a teenager, two of the family members that he lost growing up.

What’s The Story Behind His Face Scar?

The scar on Ron “Boss” Everline’s face has been a concern to many of his fans. Many assume that it is his birthmark, although, Ron himself hasn’t confirmed anything about the scar. So, the story behind Ron’s face scar is yet to be known.

Personal trainer Ron “Boss” Everline sits on a total net worth of at least $300 thousand from his business.

Ron “Boss” Everline attended Hightower High School and graduated from the same. Later, he attended a junior college in California but later on attended Northwest Missouri State University. Talking about his time in college, Ron shared to MYCOMEUP, “I was faced with adversity, a very racist town. I had to fit in but I played football so I was like being a football player, I got away with s***.

Ron tried out for the NFL, but he fell short as he never received a callback. In an interview with Inc.com, Ron told “I just wasn’t getting callbacks. I spent every waking second training to be an NFL player, and after tryouts, I waited and waited for an NFL team to pick me up. It never happened. It was the longest year of my life.”

After the unfulfillment of his dream to become an NFL athlete, Ron started working as Athlete and Fitness Advisor for Nike and Toyota Motor Corporation. He also worked with C4 Energy as Chief Fitness Innovative Officer. What’s more, he worked for Fabletics as an athlete, Playbook Technologies Inc. as Business Development Ambassador and Athlete, Chas as Athlete and Fitness Advisor, Business Ambassador, and Chief Innovation Fitness Officer for Nutrabolt.

However, Ron was best known for founding Just Train Productions which he started in November of 2009. As a personal trainer for the company, he worked with personalities such as Diddy, Trey Songz, Christina Milian, Russel Westbrook, and Ne-Yo.

But the tension between Ron and Ne-Yo caught the media attention after getting fired just after three months. The singer hired him after a recommendation. So what was the reason? As the “So Sick” singer shared, he didn’t push him hard enough. Three months after Ne-Yo let him loose, his manager came to Ron and said, “you’re back on the road, but it’s up to you from here. He’s been a client ever since.”

Ron “Boss” Everline is married to his wife, Dominique Breanna.

After years of being together, Ron and Dominique got engaged in later November of 2017. He snapped the beautiful moment between the two on his Instagram. There he wrote a caption: “She Said Yes!”

Almost two years after their engagement, Ron and Dominique got married. On 18 May 2020, the couple celebrated their 1st anniversary. Ron took to his Instagram to celebrated the anniversary where he wrote: “Love is You! 1 Year in the books baby! Happy Anniversary My Love @dominiquebreanna ”

Only 8 days later, Ron made a big announcement on his Instagram about welcoming a baby together. The then-expecting parent was congratulated by their fans. The couple welcomed their baby Knox Anthony Everline on 14 July 2020. 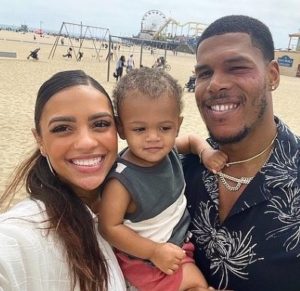 Ron “Boss” Everline and his wife, Dominique Breanna together with their son in June of 2021 (Pic: Ron’s IG)

On 24 June 2021, Ron and his wife, Dominique officially announced baby no. 2 on their Instagram.