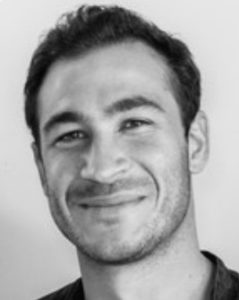 The new reality TV show, The Parisian Agency: Exclusive Properties, hit Netflix on June 23, 2021, and it’s already getting popular among people who are interested in the real estate business.

Similar to show like Selling Sunset and Million Dollar Listing, Netflix‘s new offering follows the Kretz family and their luxury estate business as they help the high-end clients buy and sell luxury homes in France and abroad.

With the show getting popular day by day, the viewers want to know about every family member involved in the family business and the TV show. Olivier Kretz, Sandrine Kretz, Louis Kretz, Valentin Kretz, Martin Kretz, Raphel Kretz are the stars of the TV show.

On this Valentin Kretz wiki, we will about his age, married life, family information, and net worth.

Valentin Kretz was 31 years of age in June 2021. He celebrates his birthday on the 21st of March every year.

Valentin’s wife Charina wished him on his 29th birthday by making a post on her Instagram. Going by his March 21st birthday, his zodiac sign should be Aries.

Valentin Kretz was born and raised in his hometown in Paris, France. Furthermore, their family business, Kretz and Partners, is also based in France.

Valentin is the proud son of his parents, Olivier Kretz (dad) and Sandrine Kretz (mom). Valentin’s dad is the man who founded this family business in January 2007 and continues to work in June 2021. Along with Kretz & Partners, Olivier is also the founder of Skyness, an airlines company.

To talk more about Valentin’s dad, Olivier is a graduate of Rouen Business School and he worked at Nielsen Media Research as a Spaceman Sales Manager from 1990 to 1995.

Other than his parents, Valentin also has three brothers as his siblings who work as a broker in their family business. Valentin’s siblings’ names are Louis, Martin, and Raphael.

Louis was a student at ISTEC–Higher School of Business and Marketing from 2019 to 2021. Valentin’s other sibling Martin was a student at ESC Montpellier and for a year he worked at BBDO as an account manager too.

Valentin Kretz stands tall at a height of 6 feet. He weighs no more than 75 kilograms. His distinctive physical characteristics would be his brown hair and a nice and fit body.

For a broker, Valentine actually has a good social media reach. He can be found on both Facebook and Instagram; he is active on both platforms. As of June 2021, Valentin had 6.7 thousand followers on his @valentinkretz Instagram handle.

Interesting Also: Eric Weems Bio: Put A Ring On It, Net Worth, Wife

Per sources, Valentin Kretz’s net worth was reported to be around $2 million by June 2021.

Valentin studied at ESILV, Superior School of Engineers Leonard De Vinci from 2012 to 2013. He graduated from there with an engineering degree in Computer Science. He also studied Mathematics and Computer Science at the City University of Hong Kong.

His first job was in the Business Development department at Catella Corporate Finance. From August 20122 to February 2012, Valentin worked as a project manager in Digitas France.

He first became a real estate broker in May 2013 by joining Harmonycity Corporation. Later, Valentin also worked as a broker for Colliers International Philippines.

As of 2021, Valentin works at three different companies. Firstly, he is the broker at Kretz and Partners. Secondly, he is the technical director at Skyness. Lastly, Valentin is the business development manager at Charina Sarte.

Valentin Kretz On The Parisian Agency

Valentin Kretz appears on the Netflix series The Parisian Agency: Exclusive Properties along with his parents and siblings. The first season of The Netflix show premiered on June 23, 2001; the first season was released with a total of 5 episodes.

The show follows the Kretz family and their business as they help the clients buy and sell fabulous homes in France and abroad. Kretz business, Kretz & Partners, is based in Boulogne, an ancient city in France.

If you did not know Valentin’s wife, Charina is a renowned fashion designer in and out of Asia. Though Valentine has no formal training in fashion designing, she learned the whole craft from her family.

Charina has her own fashion brand called Charina Sarte. As you already know, Valentin serves as a business development manager at her wife’s company.

Although Valentin’s profile does not state since when the couple has been together, an Instagram post tells us that the couple first started dating in 2013.

The couple got married in July 2017. You can see their wedding pictures by visiting Valentin’s Instagram handle. 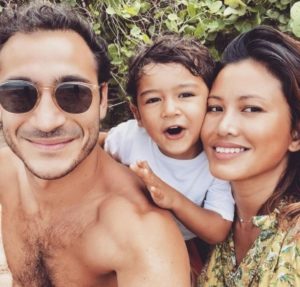 Valentin Kretz with his wife Charina Sarte and their son Noah.

The adorable duo got blessed with a baby boy named Noah in December 2017. Charina uploaded the picture of their newly born son in her IG on December 14, 2017.