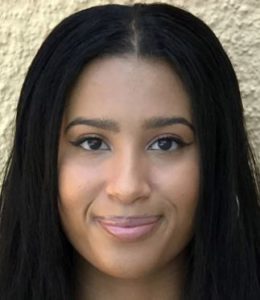 Big Brother is back to our TV sets. Probably one of the largest reality TV franchises in history returned with its 23rd season on CBS. 16 people competed for the $500 thousand prize pool and one of those 16 contestants is Hannah Chaddha. And this article will be dedicated to Hannah and everything about her.

You will find out everything you need to know about Hannah below. You will come to know how Hannah came to join Big Brother, what is her relationship with the show. And you will find out about her ethnicity and her boyfriend/partner info. Read along with this Hannah Chaddha wiki.

Hannah is a 21 years old grad student from Chicago, Illinois. And she was a part of the 23rd season of Big Brother that premiered on 7 July 2021. According to Hannah’s profile on CBS’s web page, the three words that described her were calculated, composed, and versatile. Furthermore, she loved dancing, traveling, fashion/styling, and binging Real Housewives.

Apparently, Hannah’s favorite Big Brother duo was Da’Vonne and Bayleigh because of “how genuine, sincere, and grounded their relationship was; you could really tell that they had each other’s backs!”

When asked what she was most excited about Big Brother, she answered, “I can’t WAIT to play the game and eat, sleep, breathe Big Brother for the summer.” And when asked what was going to be the most difficult part about big brother, she answered, “With the pandemic, my family has become that much more important to me, so being away from them, especially my little sister, is going to be rough for me.”

Hannah’s strategy to win the show was to just cultivate “personal relationships with everyone in the house”. And finally, Hannah also mentioned that her life’s motto was “Never give up all your information.”

We have already mentioned that Hannah Chaddha’s age was 21 in July 2021. And more than that we have no information. We do not know the date of her birthday and thus we also do not know her zodiac sign.

Hannah Chaddha comes from a family of mixed ethnicity. Her parents are from India and South Africa. To be precise, it was her father who is from India. In fact, her father’s side of the family still lives in New Delhi, India. And Hannah frequently visited her family in New Delhi, so much so that the city had become a home away from home for her.

Her mother is from South Africa. Not much was known about her as of 2021. With Hannah and her sister, her parents migrated to the US. Hannah had a younger sister called Simone. Simone turned 18 years of age before 2021.

Hannah Chaddha stands at a height of 5 ft 5 inches. Her distinct features were her black hair and brown eyes and very pretty face.

Hannah Chaddha was not very big on social media as of July 2021. She was present on Instagram, Tiktok, and Facebook but had very little presence on any of those platforms. For example, on her Instagram account @hschaddha, there was only 1 post and about 1.5k followers.

Similarly, on her Tiktok channel @hschaddha13, she had only 3 videos. And she had 182 followers and 345 likes.

Apart from her academic accomplishments, Hannah was also a professional hip-hop dancer and was active in her hometown of Chicago. Over the years, she has worked with numerous talented choreographers and dance troupes in Chicago as well as LA.

Hannah’s favorite choreographers/dancers are Jojo Gomez, Jadyn Hernandez, and Madison Cubbage. And her most memorable dance moment came in 2019 when she performed with The PieceMakers on the WOD 2019 stage. Hannah also used to be a cheerleader during her high school days but apparently, she did not like the experience.

Trivia 1: Hannah’s favorite food was biryani and anything Indian in general. Trivia 2: Hannah once met Oprah when she was in South Africa.

As of 2021, Hannah Chaddha had reportedly amassed a net worth of about $200 thousand. Her net worth might increase multiple times if she wins Big Brother.

We know absolutely nothing about Hannah Chaddha’s dating life. There was no boyfriend or other potential partners in the frame. She must have had some boyfriends/partners during her college days, but she had not shared any of that information in public.