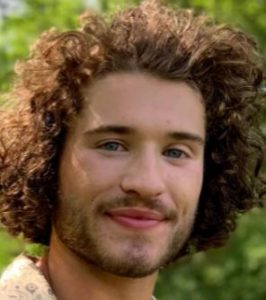 16 new “HouseGuests” from all over the US are coming to the house of Big Brother, to be constantly monitored, create some drama, and win the prize money of $500 thousand, if possible. One of those 16 “HouseGuests” was Christian Birkenberger.

The 23rd season of Big Brother premiered on 7 July 2021. And if you are one of the big fans of Big Brother and want to get to know all the “HouseGuests” of the new season, follow the series of articles dedicated to Big Brother.

This particular article is dedicated to Christian Birkenberger, a 23-year-old “charming, friendly, and determined” guy from Harwinton, Connecticut. Read everything you need to know about Christian, including his family info and other interesting facts like his height, age, etc.

So, what do we know about Christian’s relationship with Big Brother, the show? Well, long before he joined the show, he was a fan of the show. He has mentioned that his favorite duo from the past seasons of the show was Zack and Frankie.

Furthermore, talking about his expectations from the show, Christian mentioned that he was excited about “making new friends for life and competing in comps.” He also mentioned that he was probably going to find the isolation from his loved ones to be a more difficult aspect of his upcoming stay in the house of Big Brother.

Talking about his strategy for winning the game and $500 thousand, he said, “Ultimately be me because I am a joy!! But I would like to appear fun and clueless as to not raise any flags, align myself with more people, and slip up as a physical threat when I need to schmooze the house.”

Christian’s motto in life is, “Sometimes your ice pop falls on a penny.”

According to our sources, Christian Birkenberger was born on 15 May 1998. That meant, as of July 2021, he was 23 years of age. And because he celebrated his birthday every year on the 15th of May, his zodiac sign was Taurus.

It was most likely that his parents during their college days at UConn. They have been married since 1993. Also, both of his parents were Connecticut natives. His father was from Harwinton and his mother from Wolcott. Currently, they lived in Harwinton. Christian’s hometown was Harwinton too.

Growing up, Christian had one sibling, a sister called Gheslaine Joy Birkenberger. Not much was known about Gheslaine except that she currently lives in Prague, Czech Republic.

He also has a maternal grandmother called Marlene Byers Madzek.

Christian Birkenberger stands at a tall height of 5 ft 11 inches. His other distinct features include very bright blue eyes, brown hair, and a very sharp jawline. Also, his figure measurements are chest 40″, waist 32″, and hips 40″.

In contrast, he had only 177 followers on his Twitter @CBirkenberger. He had a regular Facebook profile with 196 friends.

On his “HouseGuest” introduction page on CBS’s website, Christian Birkenberger’s job is mentioned as General Contract Assistant. However, on Facebook, and everywhere else, he was mentioned as a model and actor. He was represented since 2021 by M22mgnt and TRUE Model Management in New York City and by Model Club Inc. in Boston, Massachusetts.

Christian is also a co-founder of BurtonBerger Fitness, a fitness club Christian founded with his friend.

For his education, he went to Lewis S. Mills High School and then to Tunxis Community College. He joined the college in 2016, but there was no mention of his graduation.

And as of 2021, Christian Birkenberger had a net worth of over $350 thousand.

Regardless of whether he has any girlfriends at the moment, Christian did a lot of photoshoots with beautiful women. That was one of the perks of being a model.