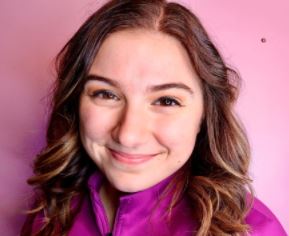 If you are an avid TikTok user then you should have stumbled upon the messages of love and positivity from Britini D’Angelo at least once. Well, if you haven’t, know her as a TikTok star who went on to join the CBS hit reality series Big Brother season 23.

Keep reading this Britini D’Angelo Wiki to learn more about her.

On July 1st, 2021, CBS released its 16 new cast members for Big Brother, and many people who recognized Britini were surprised to see her on the list. Like always, the contestants will be living together and competing for the grand prize of $500 thousand.

According to Britini, her gameplan on the show was — to never forget who she was “as an individual”, be authentic in the house, win competitions to secure relationships/alliances in the house, and not be afraid to make the big moves as big risk meant even bigger reward.

Also, Britini mentioned that the most exciting thing about Big Brother was the competition itself. She grew up as an athlete, was still an athlete, and thrived in competitive environments. So, rather than being nervous, Britini was looking forward to all the competitions.

As for the difficulties, Britini believed that the hardest part will be “navigating through what to do during downtime.”

Corresponding to her birthday, Britini is of the Gemini zodiac.

Before 2021, she resided in her hometown Niagara Falls, N.Y.

Britini D’Angelo was open about her family. She often featured her parents David and Catherine Touma D’Angelo; and her siblings Nicholas, Philip, and Ana D’Angelo over her socials.

If you ask us, Britini was more of a mama’s girl. Her IG was filled with tons of appreciation posts for her mother, labeling her as “ My #1 since day one, My inspiration, My role-model, My best friend.” and many more. However, this doesn’t mean, Britini loved her dad any less. On Fathers day 2021, she uploaded an IG pic with him and shared that she loved him “beyond words”.

Sharing some details about Britain’s parents and siblings (as of 2021):

Reportedly, Britini had a fourth sibling name Chelsea D’Angelo; who passed away no too long ago. 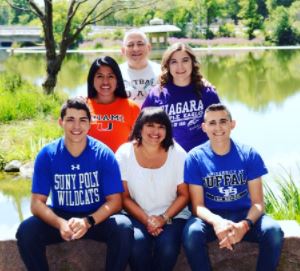 Trivia: Britini’s grandfather, who took her to the basketball games for over 20 years, left this world on December 14, 2019, at the age of 88.

Her distinct features include browns eyes and a brilliant smile that will brighten your day.

The self-described “driven, compassionate, and loving person,” Britini was working as a kindergarten teacher before she joined Big Brother season 23. However, the TikTok star’s capability wasn’t just limited to being an educator. She was the recipient of the Senior Medal (Valedictorian – Perfect 4.0 GPA across two Degrees) at Niagara University, a 4th-degree black belt in the Chuck Norris System, and a musician who could play four musical instruments (alto saxophone, tenor saxophone, piano, and flute).

But if there was one thing we put at the top of her flair chart, it would certainly be her dancing skill. Britini confessedly has danced for over 19 years in 12 different styles. Even her friends and family said that she danced better than she walked.

Another attribute to her name, Britini also has a beautiful voice. In July 2018, she sang the national anthem at a crowning ceremony of the Miss New York pageant at Shea’s Performing Arts Center in Buffalo

According to Britini’s FB, she also took a job at “Under Armour” as a Retail Sales Associate in November 2017.

The versatile talent, Britini D’Angelo might have been open about her family and achievements but she never spoke about her dating life until 2021. Maybe, someday in the future or probably over Big Brother, Britini might shed light on her boyfriend. So, until then keep checking this wiki to update yourself.