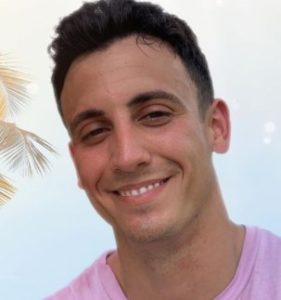 With the premiere of Big Brother Season 23 approaching rapidly, the show creators offered a sneak peek into the new season to hype things up. In the first week of July 2021, CBS released the list of 16 new houseguests who would be entering the Big Brother house on July 7, 2021.

Out of 16 contestants, Brent Champagne is also the one. Get to know about Brent’s journey to Big Brother and the chances of him taking away the “winner” title. Also, learn about his age, job, and girlfriend over this Brent Champagne wiki.

In the first week of July, Brent was announced as one of the 16 houseguests in the 23rd season of Big Brother. The other 15 contestants who will be battling for the crazy half a million dollars are Alyssa Lopez, Azah Awasum, Britini D’Angelo, Christie Valdiserri, Derek Frazier, Derek Xiao, Brandon “Frenchie” French, Christian Birkenberger, Hannah Chaddha, Kyland Young, Sarah Steagall, Tiffany Mitchell, Travis Long, Whitney Williams, and Xavier Prather.

According to Brent’s profile on the CBS website, “adventurous, passionate, and confident” would be three adjectives he would like to describe himself with.

Reflecting on the previous editions of Big Brother, Brent told CBS that his favorite duos in the history of Big Brother are Tyler Crispen and Angela Rummans from Big Brother Season 20. He added that he liked how they became a power couple inside and outside the house.

Brent told CBS that he was most excited about meeting all his castmates. As a single young man, he was also looking forward to meeting all the women. The biggest challenge for Brent coming into the show would be losing his personal privacy.

Furthermore, Brent also had a clear strategy for winning the game ahead of his entry to the Big Brother house. He said he will rely on his social abilities to win the game. The reality TV star also told that he is known for having a “powerful charm.” We, as viewers, can guess that Brent would be using that too.

All in all, Brent looked pretty confident coming into the CBS show. If all goes per his plan, he might even win the whole thing.

Brent Champagne was 28 years of age in July 2021. The flight attendant celebrates his birthday on the 28th of October every year. His zodiac sign is Scorpio.

Brent Champagne was born in his hometown in Cranston, Rhode Island, and continues to live there to date. He was born to his parents, Mark A. Champagne (father) and Lori A. Champagne (mother).

Unfortunately, Brent lost his father on May 19, 2010. Mark used to be a private investigator when he was alive. He was also the owner of Cranston’s Insights Investigative Group. A Bryant University graduate, Mark was also a master carpenter.

Brent has three siblings, two sisters and one brother. Their names are Brittany Champagne, Andrew M. Champagne, and Amber B. Champagne.

Brent Champagne stands tall at a height of 6 feet 1 inch and weighs no more than 80 kilograms. His distinctive physical features include a tattoo on his chest and a chiseled body.

From July 2012 to October 2013, Brent worked as a Park Ranger Level II at RI DEM – Bureau of Environmental Protection.

Brent also has experience working as a TV host as he used to host a show at Rhode Island Lottery. From January 2016 to May 2016, Brent worked as an intern for Abc6.

His LinkedIn profile also showed that Brent has worked as a bartender and a life insurance agent.

Brent was also a former D1AA collegiate athlete. However, an injury ended his dreams of being an athlete.

Furthermore, we know that Brent has also tried his hands at modeling.

For education, Brent went to Cranston High School West and completed his high school from there. From 2011 to 2012, Brent studied at the Community College of Rhode Island. Later, he achieved a bachelor’s degree in Communication Studies from the University of Rhode Island.

As per his profile on CBS, he was one of the single men coming into the Big Brother house. Brent Champagne did not have any girlfriends as of July 2021. We don’t have any information about his previous girlfriends if he had any.