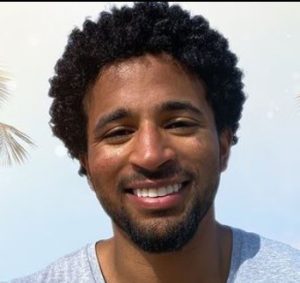 The long-awaited series Big Brother returned for its 23rd season after almost a year-long break. The new season premiered on July 7, 2021, on CBS.

16 new group of contestants, also known as HouseGuests, can’t wait to enter the Big Brother doors and compete to be the last competitor remaining to win a cash prize of $500 thousand.

Kyland Young is one of the houseguests in the 23rd season of Big Brother. Let’s learn about his journey to Big Brother in this Kyland Youn wiki article below. Also, get insights into his age, net worth, and girlfriend.

Optimistic, dynamic, and engaging are three adjectives the account executive used to describe him, as per his CBS profile.

Kyland’s CBS profile also showed that the guy has a great knowledge of how to survive in Big Brother. As an admirer of the show, Kyland has watched all seasons of the CBS show and has formed his strategy based on that.

His strategy to win the 23rd season of Big Brother would be to combine Derrick’s subtle influence, Cody’s charm, and Dan’s strategic thinking–all of them starred in the past iterations of the reality TV show.

Kyland also talked about what he is most excited about coming into the show. He revealed that it is the competitive environment and social strategies that he likes in Big Brother. He further revealed that he does not care much about cash prizes or being on TV.

The account executive further added being away from his family would be the most difficult thing for him to do.

According to Kyland Young’s profile on the CBS website, he was 29 years of age in early July 2021. Furthermore, we also know that the reality TV star celebrates his birthday on the 13th of July every year. His zodiac sign is Cancer.

Though Kyland has been living in Venice Beach, California for a long time now, he is originally from his hometown in San Bernardino County, California.

Kyland Young has a very great relationship with his mother; his biological mother and father have already separated. He wished a very happy birthday to his mom Yvonne on October 19, 2018.

Unfortunately, Kyland lost his granddad in January 2021. His grandmother however is in good health and lives in an elderly community center.

Kyland also has siblings in his family. Although we were not sure about the numbers as of July 2021. He is very close to his elder sister Scotney Young, a Domestic Violence and Sexual Assault Prevention Specialist. His other sibling’s names are Austyn Young, Kristine Payne, and Savy Goytia.

Kyland Young stands tall at a height of around 6 feet and weighs no less than 75 kilograms. His distinctive physical features would be his short curly hair and brown eyes.

Currently, Kyland Young works at three different companies. He is Head of Business Development and Partnerships at Scholly, Inc. Furthermore, he has been a contributor to Blavity Inc. since February 2019 and a Consultant at Independent Consultant–Marketing, Creative, & Management since October 2017.

For education, Kyland went to Victor Valley Community College. Later, he went to Pepperdine University for his undergraduate studies. He graduated from there with a degree in Communications in 2013.

Coming into the house of Big Brother, Kyland Young was among the very few houseguests to have a girlfriend. his girlfriend’s name is Kaitlin.

Kaitlin is an ICU nurse, Kyland revealed in a Twitter post. Kyland also talked about how powerless his girlfriend felt for not being able to save the patients during COVID. In the comment section, Kyland added that he constantly motivated her during the tough times.

Though we don’t know when Kyland and his girlfriend Kaitlin began dating, their earliest photo together dates back to December 13, 2018, when he posted a picture of him and Kaitlin with a sweet caption. 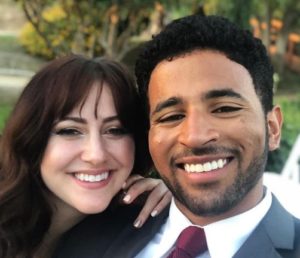 Kyland Young and his girlfriend Kaitlin on a friend’s wedding event.

The couple was not married as of July 2021. Though Kyland did upload some pictures of himself and Kaitlin with the caption ‘Couldn’t have asked for a better wedding date!’ Kyland, in the comment section, revealed that it was the friend’s wedding he was talking about.

The adorable duo post a lot of pictures on their social handles. On July 18, 2019, Kyland made an Instagram post and revealed how his partner surprised him with a trip to go skydiving for his birthday.

On September 4, 2020, Kyland posted several pictures with his Kaitlin and wished her a happy 30th birthday.

You can see other exciting moments of their life as a couple visiting Kyland’s IG handle.