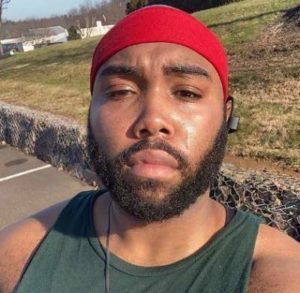 Meet Derek Frazier, one of the new cast members on Big Brother Season 23.

Before you see Derek and the fifteen others live and compete together for the grand prize of $500,000 on CBS’s all-time favorite reality game show from July 7, 2021, here’s this Derek Ferek Wiki.

Born supposedly a sensitive, caring, and determined Scorpio, Derek Frazier grew up celebrating his birthday every year on November 17th. He reached the age of 29 in late 2020.

Derek Frazier is the son of a late boxing legend Smokin’ Joe Frazier. Growing up with humble beginnings in South Carolina, Joe Frazier had participated in the 1964 Tokyo Olympics when he won a gold medal as an amateur fighter. Then, in 1971, he fought the famous “Fight of the Century” against Muhammad Ali and became the first boxer ever to beat him.

This way, Derek’s dad was a distinguished world heavyweight champion from 1970 to 1973. In 1975, he lost to Muhammad Ali in the famous “Thrilla in Manila” match in the Philippines. And the next year, he became the inspiration for a storyline in the 1976 Sylvester Stallone movie “Rocky.”

Following his fighting career, Joe had moved to Philadelphia where he survived working in a meat locker.

The patriarch died on November 7, 2011, of liver cancer at the age of 67. Even his famous rival Muhammad Ali had paid to his departed soul with respect with a heartfelt statement, at the time.

Meanwhile, the Frazier family misses Joe even today. And Derek recently got a tattoo of his father’s name.

Further, Derek Frazier’s dad never married his mom Sherri Gibson. Sherri, who turned 79 in June 2021, had met Joe when she found some keys he had lost.

Joe became the father of 11 kids with six women. However, he only married Florence Frazier, the mother of his first five children. Derek is the youngest of his siblings. Two of his six brothers passed away. Brandon, the next youngest, suffered a stroke in 2017. And Hector, having spent his life in the ring and in prison, breathed last in a five years ago.

Derek Frazier claimed he and his mom were not allowed to say goodbye to his dad. Unable to find out where his dad was for the last two months of his life, Derek even took to YouTube a day before his father’s death with a video called “Looking For My Father (Smokin Joe Frazier).”

Derek Frazier stands to a height of above 6’1” or 1.85 meters. He is a fitness enthusiast and himself confirmed he can lift a lot of weight, bench 315 pounds, deadlift 500 pounds, and back squat 520 pounds. He also learned how to box in a boxing ring.

Derek, with his friend, share their TikTok @theregulardegularshow. The joint TikTok of “Two bald dudes with beards and their friends” entertained 40.5K followers and 834.2K likes.

“Loud, outgoing, and assertive”, he loves to be a part of the social media scene. He reportedly and recently “went viral on TikTok.

Derek Frazier had more than an estimated $600K net worth before June 2021.

The Philadelphia inhabitant worked as a safety officer.

From what glassdoor.com calculated someone like Derek (i.e. a Safety Officer living in the United States) earned an average national salary of $47,347.

Meanwhile, his LinkedIn in detail listed — Derek worked full-time as a Project Management Coordinator in Quality Packaging Specialists International (QPSI) for almost a year in 2020.

For his education, Derek studied Media and Communication Studies at Cabrini College, Bucks County Community College, and Rowan University from 2010 to 2016.

Derek Frazier Partner: Is He Married Or Still Dating?

Derek Frazier had not been married before the time of this writing. Also, he was not dating anyone.

Clearly, his preference for a romantic partner is men. And back in 2011, in a Tweet, he countered he only liked white and tall guys.