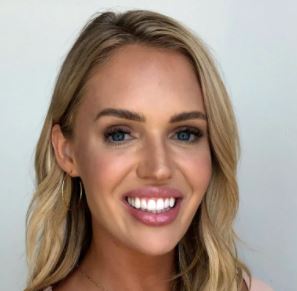 And as it happens when you cram a group of strangers in a house, drama ensues, personal relationship politics happens. And whoever can stay in the house until the last, wins huge prize money of $500 thousand.

Before Whitney decided to join Big Brother on its 23rd season, she was an avid fan of the show. She had followed the show for a very long time. Her love for the show became apparent when she had to answer the question, who was her favorite “HouseGuest” duos.

Whitney said, “SO many! Jordan and Jeff were the cutest couple in BB history, Jessica and Cody’s connection was so obvious that they would stay together outside of the house, and Brenchal was such a memorable power couple, even if you aren’t a fan of them individually you really can’t deny how incredible they were as competitors.” Usually, people just name one.

We would like to mention some other answers that Whitney gave during the interview. For example, when asked what she was most excited about her stay in Big Brother House, she said, ” To finally compete in some of my favorite BB competitions!!!” A BB superfan answer, isn’t it?

And when asked what Whitney thought would be the most difficult part about her Big Brother stay, she said, “Being away from my children, adapting to so many different personalities, and sharing only one bathroom!”

Furthermore, Whitney mentioned “resilient, quirky, and outgoing” as the three words describing herself. Her favorite activities were “Anything adventurous. Traveling with my sons. Working on my business, laid-back days with my besties.” And finally, her motto in life was, “Why not?”

Does she not sound great? Well, Janelle Pierzina, a former HouseGuest on Big Brother certainly thinks so. It was reported that Janelle would be supporting Whitney in the upcoming season of Big Brother because Whitney was a single mother and had come from a very hard place (keep reading to find out more about that).

Talking about her family, Whitney Williams had shared a lot about her two sons. About the family she grew up in, we know exactly three things.

One, Whitney had two siblings, a brother, and a sister, and the sister looked a little bit like Maise Williams from Game of Thrones. Two, Whitney had a grandfather who turned 80 years of age in August 2015. And three, her parents named her after the legendary singer Whitney Houston.

We do not know the names of her siblings or her grandfather or her parents.

Whitney Williams stands at a tall height of 5 ft 6 inches, maybe a tad shorter than that. Also, she had blonde hair and very very blue eyes.

Talking about her jobs, Whitney Williams is a freelance make-up artist, working in Portland, Oregon. She specializes in wedding glam, and make-ups for events, photography sessions, proms, etc. Whitney placed many of her make-up products up for sale on Amazon.

Whitney is also a founder of NW Makeup + Hair, which is a company of a large group of professional make-up artists as well as hair artists working in the Pacific Northwest. NW Makeup + Hair also provide make-up lessons for beginners as well as buddling professionals. The company is nominated for the Best in Oregon award only three years after she started it.

Apart from her job as a professional make-up artist, Whitney Williams also loves to travel. And as of 2021, she had earned a net worth of about $450 thousand.

When she arrived at the Big Brother house, Whitney Williams was the single mother of two young boys. The eldest, Paxton Ross Stephens, was born in 2013, and the youngest, whose name we do not know, was born in 2016. The baby father of her two sons is reportedly a guy called Evan Holmgreen. 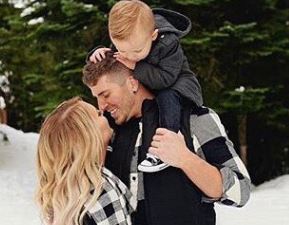 That was in 2016. Since then, Whitney has raised her two sons alone, as a single mother. And looking at her Instagram posts, she seemed to love her sons very much. She takes her sons to visit places. She also seemed to have utilized the COVID lockdown well by spending quality time with her sons.