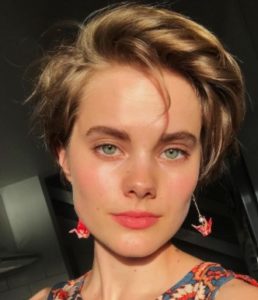 Australian comedy fantasy series, The Bureau of Magical Things, was an immediate hit among the viewers who were looking for some light-hearted comedy when it premiered on Eleven on July 8, 2021.

Good for international audiences, the hit show is now finally available to stream on Netflix. You may now watch the extraordinary adventures of part-elf, part-fairy, and part-human creature Kyra and her friends as they reunite to protect their magical realm from the unexpected threats if you already have not.

While the 2nd season of the fantasy show is scheduled to premiere on July 10, 2021, on 10 Shake, it may take some time before the international audiences can binge-watch the 2nd season. Till then, read about Elizabeth Cullen, who played the role of an elf called Imogen in the 1st season of The Bureau of Magical Things.

Go through her age, family info, net worth, and boyfriend info reading this Elizabeth Cullen wiki.

Elizabeth Cullen was 23 years of age in July 2021. She celebrates her birthday on the 30th of August every year. Her zodiac sign is Virgo.

Yes, indeed Julian Cullen is Elizabeth Cullen’s brother, both in real life and in the show.

According to The Bureau of Magical Things‘ fandom page, Julian and Elizabeth had auditioned for completely different roles. In fact, their characters Darra and Imogen were not originally related. It was only when they both secured their roles and displayed a great ‘siblings rapport’, they were made siblings in the show.

Despite being brother and sister in The Bureau of Magical Things, their characters are stark opposite in nature. While both of them are training to become a member of the Department of Magical Intervention, Elizabeth’s character Imogen is very serious about her training and is wary of Kyra, the lead character of the show. On the other hand, Julian’s character Darra is comparatively friendly but not as enthusiastic in studies as his sister.

Elizabeth Cullen was born and raised in Cairns, Queensland, Australia in a financially stable family. Her mother’s name is Virginia Birt; she is a “freelance writer, editor, and script assessor” according to her LinkedIn profile.

Furthermore, Elizabeth’s mom also had completed education up to the graduate level. She has a Master of Arts degree in Literature from Deakin University and a Bachelor of Visual Arts degree in Visual and Performing Arts degree from the University of Newcastle.

Elizabeth’s dad’s identity was unavailable until July 2021. However, you can view his picture with Elizabeth by visiting Elizabeth’s IG handle.

Her other sibling’s name is Tom Cullen. There is not much to talk about Tom except that he moved to Spain for six months in 2017.

Elizabeth Cullen stands at an average height of 5 feet 7 inches and weighs no more than 54 kilograms. Her distinctive physical features would be her brown hair and hazel eyes.

As of July 2021, Elizabeth could be found on Instagram and Facebook. However, she was only available on Instagram. She had 19.4 thousand followers on her @elizabeth._.cullen IG handle.

According to Elizabeth’s LinkedIn profile, she described herself as an “actor, filmmaker and artist, passionate about all things creative.”

Elizabeth attended Cairns State High School as a young student. Later, she joined Bond University in 2016. She graduated from there in 2019 with a bachelor’s degree in Film, Cinema & Video Studies.

Talented Elizabeth had written, directed, and acted in a 2020 short movie called Eye for an Eye, which was selected to compete in Sikilda Film Festival 2020.

Her upcoming projects include All My Friends Are Racist, which is currently in the post-production phase, and an untitled Elvis Presley Project.

Apart from being an actor and a filmmaker, Elizabeth is also an artist. She has uploaded some of her art in her IG handle.

Elizabeth Cullen is a private person and prefers to keep her personal life away from the public radar. From what we know, Elizabeth definitely was not married and did not have a husband as of 2021.

However, we did not know if Elizabeth was dating anyone in July 2021. Therefore, we did not have any information about her boyfriend, if she had any.