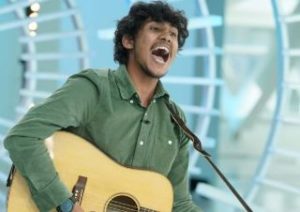 In Arthur Gunn, Nepal had its breakout international pop sensation. No matter his fate on “American Idol” going forward, he was set to put the illustrious Nepali musical scene on the global stage.

For an insight into the singer’s musical & family background, dating status, and height, read this Arthur Gunn wiki!

In the audition round, Arthur Gunn — whose real name is Dibesh Pokharel — sang Bob Dylan’s “Girl From The North Country.” When Lionel Richie wanted more from him, he floored the judges with his rendition of Creedence Clearwater Revival’s “Have You Ever Seen The Rain.”

An awestruck Luke Bryan even asked Arthur if he wanted to open his Detroit, Magician show in two weeks. He then labeled the Kathmandu, Nepal native “a unique artist” — capable of a global takeover.

Arthur’s performance during Hollywood Week was even better. With sister Rupa in attendance, he beautifully sang Otis Redding’s classic “Hard to Handle.”

At the end of the stellar performance, all three judges pleaded with him to sing more. So impressed was he with Arthur’s stage presence that Lionel Richie compared his aura to the spirit of late-great Bob Marley.

Hollywood Week 2 saw Arthur ace both duet & solo performances and advance to Top 40. For the solo round, the Nepali singer/songwriter opted to redo his first audition song — “Have You Ever Seen the Rain.”

Arthur’s complicated arrangement, however, almost jeopardized his entire American journey. In the end, he scrambled to put out an outstanding show for the judges. Lionel couldn’t help but bring himself to tears after witnessing Arthur sing.

Serving to Lionel’s wishes, Arthur made a killing with Bob Marley’s “Is This Love?” The performance was enough for the judges to send the Nepali Pride to the Top 20.

Singing from home, Arthur gave it all with “Lovin’ Machine” by Wynonie Harris. Again, all three judges sang praises about his musicianship.

Upon reaching the Top 10, Arthur decided to put his spin on John Denver’s classic “Take Me Home, Country Road.”

After advancing to the Top 7, Arthur beautifully sang Samuel E. Wright’s “Kiss the Girl” during the Disney Round. He then performed Bon Iver’s “Hey Ma” on Mother’s Day.

Although Arthur didn’t win the “American Idol” title, he cemented his status as one of the most promising musicians.

Returning to the show in 2021 after Wyatt Pike’s sudden exit, Arthur sang “Iris” by Goo Goo Dolls. He received the most vote, sending 9 others home.

For his Top 10 performance, Arthur sang “Remember Me” by Natalia Lafourcade & Miguel (from Coco) and advanced to Top 7.

Born in the year 1997, Arthur Gunn turned 23 years of age in 2020. The Nepali-born singing sensation celebrated her birthday on 24th October. Furthermore, he owned the Zodiac sign Scorpio.

14-year-old Arthur followed his sisters’ suit and moved from Kathmandu, Nepal to Wichita, Kansas. His parents were the last in the family to arrive in the United States.

Arthur’s siblings (all sisters) had moved to America pursuing a college education. The talented singer, meanwhile, did his early schooling in Kathmandu. 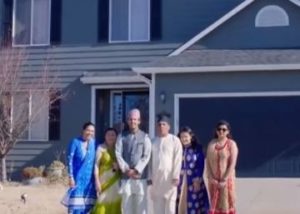 Arthur Gunn with their parents and sisters at their Kansas residence

Despite not hailing from a musical family, Arthur developed a passion for singing at an early age. Robert Johnson, John Lee Hooker, Nick Drake, Bukka White, and Sonny Boy are musical inspirations.

It was in the pubs and bars of Kansas that Arthur Gunn sharpened his musical acumen. His friends were the crooner’s biggest supporters.

Until 2014, Arthur didn’t see himself pursuing a career in music. By Summer 2018, he had adopted the moniker “Arthur Gunn” and released his debut album “Grahan” consisting of eight songs.

In 2019, Arthur teased his follow-up project called “KHOJ” by dropping “the first track from the making of the album” on his self-titled YouTube channel.

Arthur joined YouTube in the Summer of 2017. By May 2020, he had amassed 266k subscribers on the video-sharing platform. Elsewhere on Instagram, the Nepali singing sensation accumulated around 264k followers.

Arthur’s self-titled YouTube channel also housed covers of “Girl From The North Country” and “Have You Seen The Rain” — two songs he crooned during the American Idol audition.

Arthur Gunn’s rise to international stardom was met with nasty rumors, one of which suggested that the “Karnali” crooner might be a closeted gay. Without concrete evidence, the gossip seemed likely to be a false one.

As of 2020, Arthur steered clear of the social media drama. As a result, extracting details about his girlfriends and dating history was almost impossible.