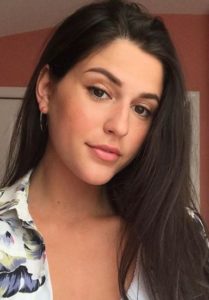 The year 2020 was quite a ride for the fans of American Idol. Many gifted artists such as Arthur Gunn, DeWayne Crocker, Jr., Kimmy Gabriela, Dillon James made the show very exciting to watch. But amongst the rising stars, Julia Gargano had her unique style to bring to the table. And for that everyone adored her on every round.

This wiki-style article explores the life and career of Julia along with her dating status so scroll down.

Julia Gargano was born on 9 March 1998 in Staten Island, New York, the United States. She turned 22 years old while celebrating her birthday in March of 2020.

As of April 2020, she was attending The College of Saint Rose, preparing for the final semester earning a degree in music industry composition. The Artist Development class proved fruitful for creating a sound of her own.

Furthermore, Julia had enrolled at Fiorello H. LaGuardia High School of Music & Performing Arts where she had studied music.

Julia Gargano was born to her father Frank Gargano, multiple instrumentalists, and her mother Jennae McManus who got her enrolled for drum lessons.

Interestingly, Julia’s parents have been very supportive of her following her passion since the very beginning. They even hosted American Idol Watch parties to show the support for their daughter.

Though her parents often star on her Instagram handle, very little info on them has been shared as of 2020.

And as for siblings, Julia had a sister named Alessia Tay Gargano and a brother named Frankie Gargano. The family lived in Westerleigh, Staten Island.

As for the distinct features, she dons multiple miniature tattoos on her body parts.

The left side of the back that reads Pools of sorrow, waves of joy, a little rose on her right inside arm, below the left side of her chest that reads entirely up to me in cursive. She also had a crescent moon in between her fingers in the right hand which is matching to the one that her mom got.

Julia Gargano’s career as a musician started when she was 5 years old.

She wanted nothing more than to play the drum but wasn’t due to the age limit. Soon after turning 6, Julia joined for the lessons in a local music store. Furthermore, she started singing for her drum teacher but eventually, he had to tell Julia that she had to move on.

Before taking her shot at the American Idol, Julia was working at a production company as an intern. Her boss included her name on the list of the ones who were going to compete in the singing competition and things started to happen for her.

And now, for her journey in American Idol, she nailed the audition to which she ended up getting a big hug from Katy Perry. From Hollywood weeks to Hawaii Round, her performances were nothing but charismatic.

Performing Christina Perri’s Human, Julia then established herself as a Top 10 contender. During the Top 10 showdown though, she performed Billy Joel’s classic New York State of Mind.

For Disney Night, Julia sang Peabo Bryson and Celine Dion’s “Beauty and the Beast.” On the Mother’s Day though, she performed Adele’s “Sweetest Devotion.”

Julia reportedly possessed around $100 thousand in net worth.

Like many other contestants, her social media accounts are gaining traction with the burgeoning followers every day.

Sadly, Julia Gargano’s dating status was obscure as of 2020. 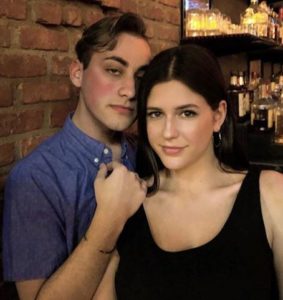 Her Instagram housed many trails of her being in a relationship with a guy named Kyle Johnson. But the nature of their relationship was still unclear.

If Kyle. who starred multiple times on her IG wasn’t her alleged boyfriend, then the fans had absolutely nothing to go on with but settle with the conclusion that she was single.