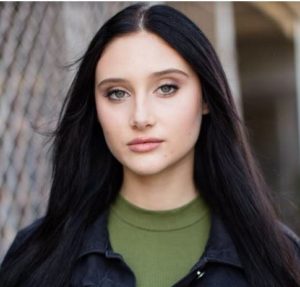 All-time classic soul hit, The Jackson 5’s ‘Who’s Loving You’ has been the holy grail for the contestants to flaunt their talents in most auditions.

Likewise, jazzing the song up a notch, Makayla Phillips auditioned for American Idol season 18 in 2020. She was back into the spotlight to win it all.

Makayla previously couldn’t make it through the end in America’s Got Talent season 13. She auditioned with Demi Lovato’s ‘Warrior’ for which she won the golden buzzer from Heidi Klum.

However, Makayla put herself amongst fans’ favorite after slaying Julia Michael’s ‘Issues’ in AGT’s quarterfinals. Even the judges quoted “You sang the song better than the original.”

Buckle up, as you embark on this journey to dig deeper into Makayla’s life story and wiki details.

After getting three yes’s from all the judges, Makaya mention she was excited as well as nervous at the same time for the next round.

During her American Idol journey, Makaya formed a friendship with her co-contestants, Lauren Spencer-Smith and Kimmy Gabriela. They were supportive of each other and seemed to cheer one another in the competitive show.

Fans were excited about what Makayla had to offer in the upcoming rounds. Some compared her vocal abilities to that of Adriana Grande while others claimed her to be like Camila Cabello’s youthful sister.

Makayla appeared to be a lot more refined and composed now while auditioning for American Idol than she did on AGT.

During Hollywood Week, Makayla effortlessly executed her vocal projections as she sang ‘And I am Telling You I’m Not Going.’ Her performance elicited a standing ovation from Lionel Richie and Luke Bryan. The latter even dubbed her “the next Ariana Grande.”

Also during Hollywood Week, Makayla showcased her prowess by dueting with Cyniah Elise. For the Solo performance, she opted to sing Lizzo’s ‘Cuz I Love You.’

Following a strong showcasing in Hawaii at Top 40, Makayla — according to a leak — made it to the next round.

As a Top 20 contestant, Makayla gave a colorful performance of ‘Greedy.’ The judges agreed that her song choice could’ve been better.

Although the votes didn’t earn Makayla a stop in the Top 10, the judges put her through. Repaying the trio’s faith in her, Makayla sang beautifully to Miranda Lambert’s “The House That Built Me.”

Makayla Phillips was just 18 years old when she first auditioned for American Idol. She was born on July 8, 2002, in Canyon Lake, California.

Makayla’s parents were overjoyed as she came out with a ticket from the audition. Her father, Todd Phillips carried her in joy as soon as she stepped out.

Phillip served the community as a firefighter and was awarded Firefighter of the year in 2019. Makayla also uploaded a tribute to honor her father’s achievement in November 2019 on her Instagram.

In the name of a sibling, Makayla has a brother named Adien with is 3 years younger than her. Her mother, Regina Phillips stayed home to manage the household.

How Tall Is Makayla Phillips? Net Worth, Might + U

“I would be in my underwear just like belting to Celine Dion.”

Makayla always had a passion for singing and aspired to write music, of her own. In August 2019, Makayla released her very first singles Love Left Me Blind.

Soon after in December 2019, she collaborated with Dallin McKay on the song Forming Great. Her song Fool Like You released in Feb 2020 was on the way to climb the top charts.

Makayla Phillips also performed The OST “Might + U” from the popular action anime My Hero Academia. The theme music can be heard playing in the background on several Deku and All might encounters.

Standing tall at a height of 5 feet 6 inches (168 cm), Makayla was slowly paving her way to prominence.

Reportedly, Makayla Phillips’s net worth was around $150 thousand as of early 2020.

As of 2020, Makayla Phillips remained silent about her dating life.

Entangled within a busy schedule of American Idol, Makayla didn’t have enough time for a boyfriend. There were many names put up by the fans as to who Makayla dated and might be dating.

With a melodious voice that can sing you to sleep, who wouldn’t want to be in a relationship with Makaya Phillips.

In short, the information about Makaya’s boyfriend wasn’t disclosed as of early 2020.