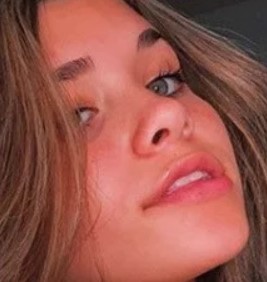 The time has come when there is fierce competition for everything in the market. However, Nessa Barrett battled it out and became a popular face in the social media world. She became an overnight dancing sensation plus a lip-sync artist via her TikTok account that goes by her name.

Come have a peek into Nessa Barret’s personal life and social media reach looking at her wikis.

Born in 2002, Nessa celebrates her birthday on the 6th of August of every year. The TikTok star’s stage name is her real name.

Nessa shares a close relationship with her family. As of early August 2019, she was going into the senior year of her high school.

Besides her, Nessa’s parents also had another child — the social media sensation is siblings with a younger brother.

In most of her initial TikTok videos, Nessa Barrett was seen lip-syncing to rap and popular songs. Subsequently, she often tended to lip-sync to comedy dialogues.

Within a year of posting videos on TikTok, Nessa turned out to be an idol for many TikTokers. She would eventually bag more than 15.5 million followers in her TikTok account.

As of April 2021, the dancing sensation had massive followers of 5.3 million on her Instagram and 1.7 million on her Twitter. On her self-titled Youtube channel as well, she has a decent subscriber count of 796 thousand.

Not to mention, such a creative business would yield over $3 million in net worth. Nessa’s Youtube, alone, makes estimated earnings of $50-$750 per annum, let alone her TikTok.

Why Fans Became Angry At Her?

In April 2020, Nessa Barrett faced criticism for posting tone-deaf content on TikTok. She began catching flack after a video of her friend and herself dancing to a recitation of the holy Quran went viral. To worsen the matter, they did so provocatively.

When people online campaigned for her cancellation, Nessa deleted the post. Moreover, she issued an apology. The social media sensation explained,

“We were trying to think of ideas for TikToks and scrolling on my page and I saw a video of an old guy singing something. I didn’t understand what he was saying, but I really thought it was the cutest thing.”

Nessa then justified her actions by adding,

“My step-siblings, like my step-mom is from Egypt and all that stuff, so… I know that it could have been taken offensively. I just want to apologize for anyone who took it that way and was offended, I think… I’m sorry to anyone that practices that religion.”

To her dismay, fans didn’t buy into Nessa’s explanation. For them, her apology wasn’t genuine enough. What’s more, Nessa claimed to be Muslim in a 2019 TikTok clip.

Responding to the criticism, Nessa issued another apology. Again, the fans didn’t accept it, accusing her of playing the victim card. Nevertheless, her boyfriend Josh Richards came to her defense.

Until 2019, Nessa Barrett never directly said anything concerning herself. Nevertheless, to spice things up on the already curious minds of her followers, she kept tweeting like-“long-distance is probably the hardest thing ever” and “thank u October, I now really want a boyfriend.”

Then came the speculations that Nessa might be dating Josh Richards, also a TikTok star. Some of their fans even compiled a video of them together where Josh confessed his TikTok crush to be Nessa. 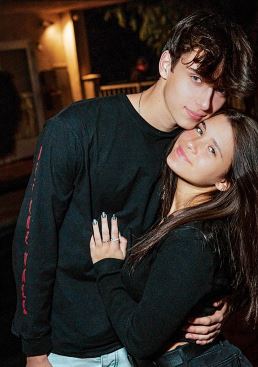 To the fans’ joy, Nessa and boyfriend Josh made their romance Instagram official on 26th January 2020. In her post, she labeled Josh “mine.”

For Valentine’s Day, Nessa and Josh held a Q&A on the latter’s YouTube channel. In a series of tweets, she raved about their blooming romance.

On 26th February 2020, Nessa hinted “trouble in paradise” by simply tweeting u “don’t even talk to me anymore.”

Finally, Nessa and Josh announced their breakup on 18th June 2020 via YouTube. Releasing a video titled “We Broke Up” on Josh’s channel, the couple expressed they didn’t want rumors to spread about their split.

Admittedly, breaking up was the ideal path for Nessa and Josh since neither was ready for a serious relationship. They then insisted they would be there for each other as friends moving forward.

Circa 2020, Nessa began collaborating with Josh’s former Sway House friend, Jaden Hossler. Over time, the duo came forward as a couple. As a result, Josh blocked Jaden on social media. Meanwhile, Jaden’s ex, Mads Lewis expressed displeasure over the news of Jaden dating Nessa, whom she considered a friend.