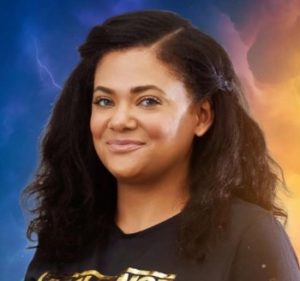 Meet Jonna Mannion, the subject of this article. Jonna first shot into popularity after she was included in MTV‘s reality competition show The Real World: Cancun as one of its core cast members.

The reality TV star, then, would appear on five seasons of The Real World spin-off series The Challenge. Jonna made headlines in 2021 when The Challenge: All-Stars chose her as one of the participants.

In case you are interested to know more about the MTV star, then join us in the journey where we dive deep into Jonna’s life and try to extract information about her net worth, husband, and boyfriend.

Jonna Mannion was born and raised in Tucson, Arizona. At 4, she was placed into a religious family for foster care. When Jonna turned 9 years old, she was adopted by a social worker.

Jonna continued to live with her adoptive family until she was 18. There was no information whatsoever as to if Jonna left her adoptive parents to become independent or she chose another family as her new home.

Furthermore, her mom’s name has been revealed to be Yvonne Short Tyler Mannion. Yvonne’s daughter, that is Jonna herself, surprised her when she came victorious in the Discovery Kids show Endurance.

“I knew that she was awfully cute and awfully smart, but when it came to physical strength, I wasn’t sure if she had it,” Yvonne said.

Not much information was known about her dad, however. Though Jonna occasionally tweeted about her dad, that was not enough to form any idea about her father’s identity.

For instance, Jonna once tweeted, “sorry I haven’t tweeted in a few days. my dad is in the ICU at the hospital. please pray for him.”

Jonna also has a sibling, a sister, in her family. Her name is Alyssa Nikole and she celebrated her birthday on June 7.

Jonna boasts massive social media reach. In fact, she was one of the most followed The Challenge star as of April 2021.

At 13, Jonna began her TV career by competing on the Discovery Kids‘ reality competition show Endurance. Along with her in-game partner Aaron Thornburg, she even won the whole show and earned herself a trip to the Amazon.

In 2009, Jonna became a part of MTV‘s The Real World: Cancun as one of its cast members. Next year, she was featured on the 3rd season of truTV’s docudrama Rehab: Party at the Hard Rock Hotel.

Jonna Mannion might not have had a great time with her ex-boyfriend Zach Nichols, but every second with her husband, Kevin Stephens is blissful for her.

While not much was known about how and when Jonna and her husband met for the first time, pretty much everything about their post-marriage life is up on the Internet.

First off, let’s begin with her engagement. Jonna got engaged to her then-boyfriend, Kevin on December 26, 2016. She made an Instagram post to let her friends and followers know about it.

The couple had their first child on August 11, 2016. Their first child, name Naleigh J. was born a girl on August 3, 2016. Jonna again made a post on her IG handle to share the news of the birth of their baby. 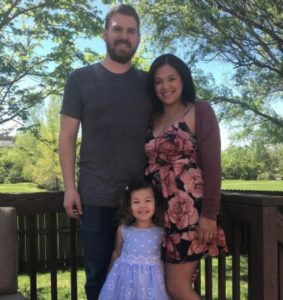 A still of Jonna Mannion with her husband, Kevin Stephens, and their daughter Naleigh.

Almost two years after the birth of her first child, Joanna married the baby father, Kevin Stephens on September 22, 2018, at Mount Juliet, Tennesse.

Jonna uploaded a picture of herself, her husband, and their daughter on her Instagram handle to let her fans and followers know about one of the most important moments in her life.

Then, on November 29, 2019, Jonna uploaded a video with her husband and child and revealed that the baby father of Naleigh and she were expecting a child. Furthermore, the adorable couple revealed the gender of their upcoming child to be a boy. 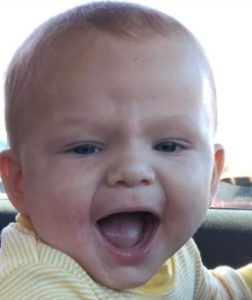 A still of Jonna’s newborn son.

On June 19, 2020, Jonna finally announced the birth of their baby boy. Uploading multiple pictures of their newborn baby, she wrote, “Cal Wayne Stephens came into the world a week early on 6/10 weighing 8 lbs 11oz and 21” tall. My mom, dad, and sister are so happy I’m finally here to complete the family and they are so in love,” in the caption.

How Long Did Jonna Mannion And Zach Nichols Date?

Jonna Mannion and her ex-boyfriend Zach Nichols developed feelings for each other on the set of Battle of the Seasons and consequently began dating.

However, after the show ended and Zach went to Los Angeles to be together with Jonna, he just decided that he was done with The Challenge star. He left her with no warnings and no responses to her calls and messages.

Together, the pair again appeared on Rivals 2 and Free Agent but they hardly talked there.

However, on Battle of the Exes 2 in January 2015, Zack finally apologized for the way that he left Jonna. Two months after he apologized to Jonna, their relationship turned foul again as the Arizona native bit back at him after she was fed up with Zach’s behavior of speaking negatively of her and other female cast members of the show.

Roughly, the former pair dated for almost 3 years in total.