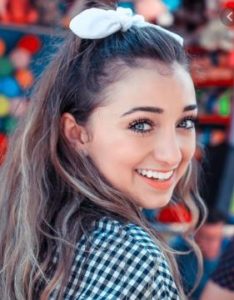 As of Sept 2020, Brooklyn McKnight’s social media reach stood illustrious at 6.91 million subscribers on Youtube “Brooklyn and Bailey” and 5.8 million followers on Instagram “@brooklynandbailey” along with her identical twin sister Bailey.

People’s Voice Webby Award winner Brooklyn has been featured in People Magazine’s VidCon coverage of top creators along with her twin sister. This stand-out artist, actress, singer, dancer, entrepreneur, started her career out of making vlogs in her channel focusing on the teen interests and family lifestyles.

By the age of 21, American Youtuber/singer Brooklyn’s achievements were remarkable and she was rising to popularity every day.

Know more about this sensation in the article to follow.

The Mcknight siblings’ father Shaun McKnight, who appears in the videos from time to time, stays home to manage the technicalities and business.

The family of eight is comprised of parents, four biological children (who are all girls), and two adopted ones.

1.61 meters (5 ft 3½ in) tall Brooklyn McKnight is two minutes older than her twin sister Bailey. They are of the same height.

Introducing herself into the music industry in 2017, her singles Simple Things and Dance Like Me became hit among the younger generations. The latter held #11 in the Pop Charts after a week of release.

Brooklyn has modeled for brands like Too Faced Cosmetics and Last Next Door. Several of her fans recognize the internet sensation from appearances on the TV show Studio C.

Brooklyn has worked with large corporations like Disney, Clean and Clear, Sonic, Roseart, Converse, Puma, etc, and has been growing and encompassing different areas.

Additionally, Brooklyn sought to promote philanthropy and even became the first digital media champion for the United Nations Foundation Girl Up program.

Brooklyn McKnight and sister Bailey’s combined net worth has been estimated to be $3.5 million.

Brookly McKnight started dating Parker Johnson in February 2016. But the things ended between them almost a year and a half later.

The YouTube star and now-former boyfriend Parker had been best friends for two years before they were in a relationship. 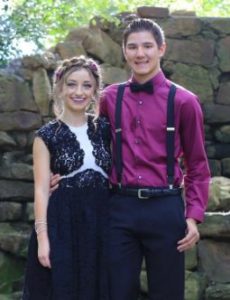 Following the split, Brooklyn mentioned that Parker dumped her for a minor reason and things weren’t going as planned for them. Admittedly, she was heartbroken as the break up wasn’t mutual.

By 2020, Brooklyn was as single as they make and maintain distance from the dating scene. She seemed focused on her career and possibly avoiding the same heartaches.

Then Bailey came up with a genius idea to help her sister land her boyfriend. Later, it became a series titled “10 Dates in 10 Days”.

Per the premise of the “dating show,” Brooklyn went on a 10 dates with 10 different boys. By the end, she had picked Brooks Oberhansley — her 2nd date — as her boyfriend.

A native of Murrieta, California, Brooks is the son of Philip D. Oberhansley and Christine Bridenstine Oberhansley. 21 years of age in 2020, he attended Brigham Young University after finishing high school.

You may like – Nessa Barrett Wiki, Boyfriend, Family, Net Worth

In 2020, the famous Youtube celebrity, from the channel Brooklyn and Bailey, found her new boyfriend, a guy...