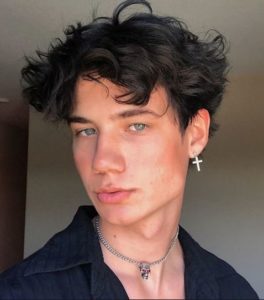 The TikTok star, Jaden Hossler was quite a under controversy as he was arrested with his fellow star Bryce Hall on May 25, 2020. Allegedly, Jaden was charged for carrying controlled substances less than 400 grams. While Bryce was arrested for possession of marijuana greater than 2oz, less than 4oz.

Jaden and Bryce were on the road trip as they were stopped by the police in Lee County, Texas. Furthermore, their arrest video was trending as it was uploaded by their fellow TikTockers.

Reportedly, the charges on Jaden had resulted in a felony. While he posted bail for $6,500, he could also face time in prison because of his indictment. Legitimately, he could be looking up to two to twenty years in prison or a fine of up to $11,000.

Discover more about Jaden Hossler’s family and net worth in this wiki-style article. Moreover, get to know his girlfriend and dating life as the article unravels.

Similar- @GirlWithGreenBeanie Wiki — All About The TikTok Star

Corresponding to his birthday, Jaden is of Aquarius zodiac.

Jaden was signed by TalentX Entertainment as he rose to fame over TikTok. He started by posting a video of himself playing one of his original songs on the ukulele to TikTok in early 2019.

Jaden Hossler grew up in Chattanooga, Tennessee alongside his three siblings named Sophie, Clayton, and Haley. He was born to his parents — father, John Hossler, and mother, Amy Denae Hossler.

Additionally, Jaden seemed close to his mother who has appeared in several of his TikTok clips. Amy could be seen dancing and enjoying along with him on the videos.

Belonging to a Christian family, Jaden is of Caucasian ethnicity.

To mention Jaden’s distinct features, he has hazel green eyes and he rocked his messy hairstyle.

Also, Jaden uploaded his music videos on his Youtube channel @jxdn with over 1.4M subscribers.

Stepping into the music industry, Jaden released his first Ep “Comatose” in early 2020. Also, his music video on “Angle & Demons” (premiered May 19, 2020) had over 7M views on Youtube. He was signed by Travis Barker’s music label DTA Records in 2020.

Furthermore, Jaden Hossler had an official site called jxdnmusic.com where you can find his music and merch. Also, he sold his merch at jadnhossler.com. His merch featured hoodies and T-shirts presentable as birthday gifts.

Jaden Hossler’s net worth was estimated to be around $650 thousand as of 2020.

As for Jaden’s dating life, it was a mess. He broke up with his girlfriend, Mads Lewis in early 2020, a few months after they started dating. 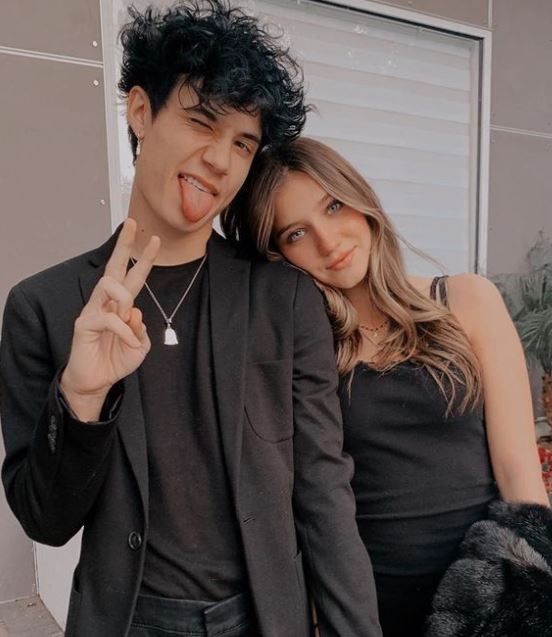 While the duo managed to remain as friends, spending time together at the Sway House. In May 2020, Mads started to drop hints that she wanted to get back together. Also, she made a funny “that’s creative, did you come up with that?” video over Tiktok to respond to her fans who pointed out that Jaden didn’t want her back.

Soon after, Jaden was rumored to be dating Charly Jordan and Mads didn’t take it well. She took it to Twitter, how her break-up with Jaden had affected her mental health. Moreover, she even had a breakdown where she confessed how much she missed Jaden as fans mentioned Jaden had moved on.

After Mads’s break down, fans bombarded Charly with hate comments. In response, she mentioned that Jaden and she were just friends and she wasn’t his girlfriend.

Finally, Jaden tweeted over the ongoing drama that he was sorrowful whenever he hurt someone, but he would never handle something like that online, some things deserve to be private.

Jaden began collaborating with Nessa Barrett in 2020. Later, they would start dating. Mads, who was Nessa’s friend, didn’t take well to the relationship. She even hinted Jaden cheated on her with Nessa. As for Nessa’s ex Josh Richards, he wasn’t happy with their relationship. According to Jaden, his former Sway House friend blocked him on socials.

As for Jaden Hossler’s rumors about his sexuality, we are pretty sure that he’s not gay. Though Jaden had yet to address it.