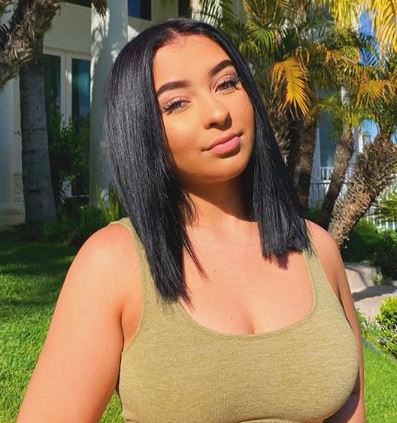 Danielle Cohn is an American actress, model, Youtuber, and recording artist who was signed by Audity Music. Also, Danielle was amongst the top 10 TikTokers in 2020 and had a huge following. She gained her first limelight as a singer through TikTok as well.

Furthermore, this beautiful lady has several honors entitle to her name. In 2014, Danielle won the title of Miss Florida Jr. Preteen. Also, Danielle was nominated for Teen Choice Award for “Choice Muser.” in 2017,

Get to know more about the insides of Danielle Cohn on this short wiki-styled article. Moreover, learn about her siblings, boyfriend, and net worth as the article proceeds.

Know about – @GirlWithGreenBeanie Wiki — All About The TikTok Star

Represented by BMG Models, Danielle faced quite a controversy as she allegedly lied about her age. On March 19, 2020, Danielle posted a video to YouTube titled “I Finally Turned My Real Age *Birthday vlog*” — where she claimed to have turned sweet 16.

But, some fans in the comment section pointed out that Danielle wasn’t 16 and lied about her age. The reason being — on Aug 27, 2019, Danielle’s dad uploaded a video to Youtube with Danielle’s birth certificate in his hand proving Danielle was born on March 07, 2006.

Thus, this made Danielle Cohn 14 years of age in the summer of 2020. Corresponding to her birthday, Danielle is of Pisces zodiac.

Danielle Cohn was born and raised in Florida, the U.S. alongside her siblings — Chad Cohn (older brother). Chad was quite a celebrity himself, he had over 32.8K followers over his Instagram @daddy_arch_.

Her parents (father – Dustin Cohn and mother – Jennifer Cohn) were separated for years and Danielle lived with her mom. Also, Jennifer Cohn was her social media manager as well.

Furthermore, Danielle’s mom and siblings were supportive of her and helped her with her public events too.

As for her distinct features, Danielle has brown eyes and naturally dark hair.

You may like – Nikita Dragun Dating, Boyfriend, Net Worth, Height, Parents

As a singer, Danielle released her first single, Marilyn Monroe in May 2017. Since then has released several hit songs like Little Like Paradise, BAILAMOS, Marilyn Monroe, and many more.

Besides, Danielle was also working on her debut studio album and has a design collaboration with Target called Art Class Fall Semester.

To mention some of her brand endorsements — Danielle has worked for Lisa B Jewelry, Juicy Couture Clothing, and several other products and brands through her videos.

Apart from this, Danielle launched her merch with the label as Danielle Cohn store. She mostly seemed to sell clothing items like hoodies and t-shirts.

In early 2020, Danielle Cohn’s net worth was estimated to be $2 Million.

Taking about Danielle’s dating history, her name seemed to be linked with lots of celebrities.

In early 2017, Danielle dated a fellow Vine star, Owen Bodnar. There were reports of the couple seen kissing in several videos. However, they never shed light on their relationship.

In mid-2017, Danielle was rumored to be dating Case Walker. But they took it to the media to inform that they went dating. Soon after, Danielle had another rumor attached as Sebastian Bails to be her boyfriend — it was never addressed.

Also, there were rumors of her with Greg Marks, Conner Shane and Cole Galotti too.

In late 2017, Danielle was dating TikTok star, Sebastian Topete. Unfortunately, the duo broke up in May 2018. 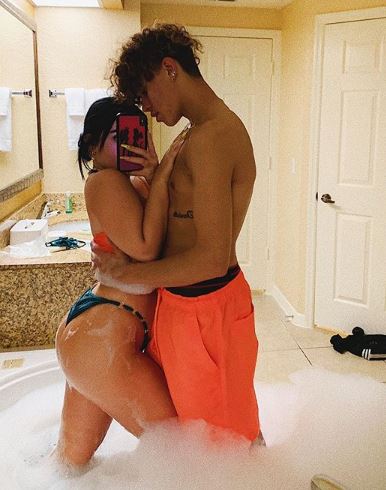 Then followed her boyfriend Mikey Tua, who she dating in late 2018. During the time, Danielle was rumored to be pregnant as Mikey posted “expecting” on Twitter. Also, the lovebirds decided to prank their fans about their marriage — supposedly to have happened in Las Vegas.

While the controversy about Danielle’s age was going on, being worried, Mikey’s parents mentioned that they could no longer support his relationship with Danielle. Over Instagram’s story, Mikey’s dad shared,

“I LOVE my son very much! All I want is for him to be safe … with himself and his decision. As parents, we need to protect him from any harm that might come his way. He wants to emancipated and I understand that, but his emancipation can give him prison time. Dani is not 15.”

Circa 2019, Danielle and Mikey broke up. April the following year, they reunited. 5 months later, they got matching tattoos.

Sending out a TikTok challenge in late-2020, Danielle hinted she and Mikey had called it quits. However, neither offered to comment on their split.