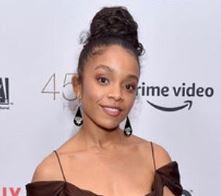 American actress Rachel Naomi Wilson soared to stardom because of her role in the CBS drama The Good Wife as Nisa Dalmar. She then gained popularity for her roles in “This Is Us,” “Kings,” “Love, Victor,” amongst others.

Stay tuned with this article and explore every fact related to her professional and personal life. Also, discover if she is involved in a romantic relationship!

Rachel was born on 30th October 1995. What’s more, the gorgeous actress reached the age of 24 as she celebrated her birthday in late October 2019.

As per her birth date, her zodiac sign is Scorpio.

Rachel Naomi Wilson grew up in the United States with her parents and a sister. Moreover, she occasionally flaunted her mother, sister, and father on Instagram.

According to reports online, Rachel was born to an anonymous dad and a mom named Anita Wilson.

Back in August 2016, Rachel had uploaded a gorgeous photo of her father. She even tagged the publication GQ. 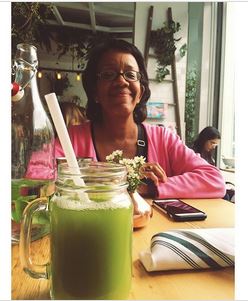 Also, Rachel Instagrammed about her sister Kiyomi. On 10th March 2020, she uploaded a picture of Kiyomi and her husband. What’s more, the actress wished Kiyomi on her 1st marriage anniversary. 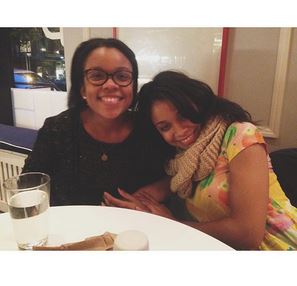 Moving on, Rachel completed her education in Arts from Baltimore School and graduated from New York University.

Rachel Naomi Wilson stood above 5 feet 5 inches in height and weighs an average weight of around 53 kg. Moreover, her exact measurements were also not known but looking at her she possessed a slim figure.

However, on 7th April 2018, Rachel posted a photo of her driver’s license where her height was mentioned as five feet nine inches and 155 lbs weight. Height mentioned on the ID must not be true as she did not look 5’9 tall. Even in the comment section, people expressed their doubts about the stated figure.

By 2020, the beauty was not only known in the entertainment industry but was also popular on social media reach.

Rachel first joined the entertainment industry in 2010 after appearing in a series The Good Wife where she portrayed the role of Nisa Dalmar. After her first project, she was cast as Niece in Royal Pains.

Before she entered the industry, Rachel took theatre classes which helped her to overcome her shyness and timid nature. By being in the theatre, she was able to come out of her shell flaunting her talent.

Eventually, her great effort paid off and Rachel went on to work in more than a dozen projects. Some of her work includes Cass, Night, As The Slept, Elementary, The Slap, Nurse Jackie, The Affair, The Americans, Fosse/Verdon, High Maintainance, and many more.

Furthermore, alongside her career as an actress, Rachel also excelled as a writer, dancer, and singer. Furthermore, the American beauty once shared she wanted to write a role for the African-American community with a focus on mental health.

From her career, Rachel Naomi Wilson made a net worth of under $350 thousand by 2020.

As of 2020, Rachel Naomi Wilson seemed single and was not dating anyone. It appeared obvious the young actress preferred privacy. More so than boyfriends, Rachel kept a focus on her career.

Nevertheless, Rachel appreciated her chemistry with Michael Cimino in the Hulu series “Love, Victor”. She even fueled the public imagination by posting a photo with him on Instagram.

Rachel once Instagrammed a photo of Lenny Kravitz and Lisa Bonet. With the post, she made it clear the type of boyfriend she wanted.