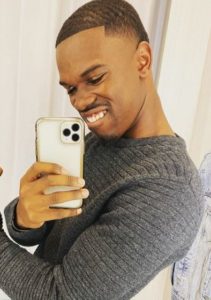 When DeWayne Crocker Jr took the stage of American Idol season 18, he came with full of surprises. He had brought along his 78-years old great-grandma who kind of outshined him being a die-hard fan of Lionel Ritchie.

But, the same charismatic personality was evident in Dewayne who sang his rendition of ‘Don’t Worry Be Happy’. All the judges praised his vocal trajectory, and the never before heard rendition.

This wiki-article delves into the life, relationship, and career of DeWayne Crocker Jr. starting with a bio. So scroll down!

DeWayne Crocker Jr. was born on the 22nd of August 1996 in Pensacola, Florida. He turned 23 years old while celebrating his birthday in 2019. As for the zodiac sign, he is a Leo.

DeWayne Antonio Crocker Jr came from a highly religious family. He recognizes himself as a devotee of Jesus Christ along with his family.

He was born to Rodney Jones, a clinical mental health counselor and his mother, Latsha Jones who is a school teacher.

In addition to that, DeWayne has six siblings in his family. He has three sisters: Selina Renee and Ranajia Jones and Rodneisha Jones and also have four brothers Kornichia Wilson, Keion Simmons, and Keoki Mantle Simmons and Rico Jones.

As for the educational background, DeWayne attended and graduated from Pensacola State College with a business major.

DeWayne Antonio Crocker Jr’s social media reach is growing every day. His Instagram account boasts a total of 23.9k followers at the time when this article was penned.

Likewise, his verified Twitter account boasts 2.6K followers as of the first week of April 2020. In the same way, DeWayne’s self-titled YouTube channel has earned him 28K subscribers.

As per his Facebook account, DeWayne Antonio Crocker Jr was referred to as a gospel recording artist. He started singing from an early age after he started going to church.

Watching his predecessors perform the song in the name of Jesus inspired DeWayne to pursue music. Soon, his videos along with his friends also went viral which helped him to gain recognition.

In 2015, DeWayne auditioned for BET’s Sunday Best: Race to the Stage. He had reached in the top 10-finalists list. And by the end of the three weeks competition, he outdid every other contestant and became the winner of the show.

The most highlighted moment in his career as a singer has to be when he was hired to sing in the wedding ceremony of Serena Williams. And consequently, to take his talent to a global scale in 2020, he auditioned in the American Idol.

After his audition, he went for Hollywood Week Duets with Jordan Jones for round 2. Together they gave a phenomenal performance and was proceeded to the next level.

While in Hawaii, DeWayne chose to sing Lil Nas X’s ‘Old Town Road’. He gave his all in that song which certainly resonated with the judges and earned him the Top 20 slot.

Fighting for a spot in the Top 10, DeWayne took on a James Brown classic (I Feel Good). Moreover, he recieved mixed reviews from the judges. 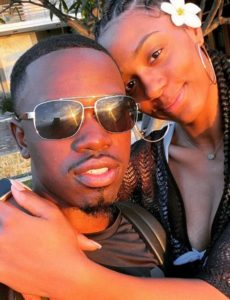 On 25 December 2019 DeWayne Antonio Crocker Jr posted a pic with a caption, ‘Merry Christmas from me and my lady‘.

The post featured a lady in the background facing the ocean. As per the hashtag, the couple was spending their Christmas in Costa Rica.

Later, his Facebook post on 15 February revealed that he was dating Oklahoma-native Natalya King. She is a YouTuber who runs a self-titled channel. Her self-care videos, skincare routines, and DIY videos shelter as the content for her channel.

The story of how they met each other remained obscure. And out of their relationship, they had a baby boy.

Needless to say, DeWayne is not gay.