Home EntertainmentDerek Jones Cause Of Death, Wife, Girlfriend, Net Worth

Derek Jones Cause Of Death, Wife, Girlfriend, Net Worth 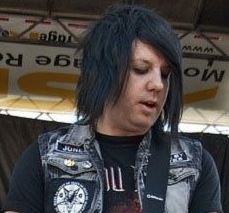 On 21st April 2020, reports surfaced that “Falling in Reverse” guitarist Derek Jones passed away at the age of 35.

With the tragic news, the metal and punk scene across the globe began mourning the loss on social media.

In the article below, learn about Derek’s cause of death & his net worth. Furthermore, find out if he had a wife or a girlfriend.

How Did Derek Jones Die? His Cause Of Death

On the night of 21st April 2020, “Falling in Reverse” frontman Ronnie Radke shared that Derek Jones had died. Via, he wrote:

“I’ll never forget when you picked me up from jail In Your old tour van to start falling in reverse. Your spirit will be interwoven through the music I write forever. Rest In Peace Derek Jones. My heart is broken.”

Accompanying the tweet was four photos — one of which included Ronnie and Derek on their bike.

At the time, Ronnie didn’t go into how Derek died. Nor did the singer shared Derek’s cause of death.

Derek Jones was born on 5 June 1984. Likewise, he was a native of Lake Forest, California. Sadly, little else became public about his parents and siblings.

Interestingly, the guitar wasn’t the first musical instrument that Derek mastered — it was the saxophone.

Inspired by Slipknot and Blink-182, Derek began indulging in the local rock scene. By 2007, he had joined the band “A Smile From The Trenches.” After two projects, the famed guitarist left the group in 2010.

With “Falling in Reverse,” Derek achieved insurmountable success. Between 2011 and 2017, the band released four Billboard-charting albums. On 3rd March 2020, Derek performed his last show with the group in Sacramento.

A lover of video games, Derek enjoyed eating at Taco Bell. Moreover, he owned a body full of tattoos. In terms of height though, Derek stood beyond five feet and nine inches in stature.

From his legendary musical career, Derek accumulated an estimated $500 thousand net worth. That said, the figure never recieved an official confirmation. 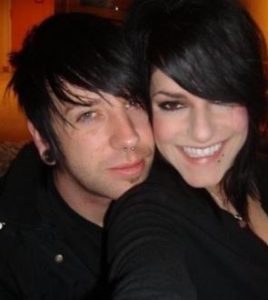 Circa 2015, Derek Jones became engaged to Christina Cetta — his girlfriend at the time.

Four years after the engagement, a tragedy struck as Christina got diagnosed with metastatic cancer. A grieve-stricken Derek then raised $500 thousand for her treatment via a GoFundMe campaign.

Back in 2016, Christina had undergone a surgery to treat her cervical cancer.

In November 2019, nine months after the cancer metastatic diagnosis, Christina passed away. It remained unclear whether she had become Derek’s wife by then or not. However, several Twitter users suggested that the two might have married.

Via the very GoFundMe page, Derek and the family confirmed Christina’s death. The statement read,

“It is with a heavy heart that we share that Christina has lost her battle with cancer. The family would like to thank everyone for the tremendous generosity and out pouring of love shown to Christina. Our only peace comes from knowing she is now free from pain and suffering. The Cetta Family #F*%! Cancer.”

In his last IG post dated back to Dec 2019, Derek shared a photo of him and Christina. What’s more, he captioned the photo with these words:

“The early days. I miss you beyond belief you were my best friend and everything more.”