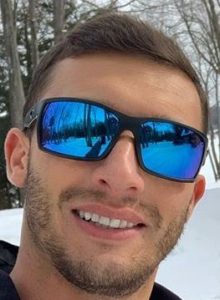 Read more about Alexei’s wikis below, including his age, job, height, and net worth. What’s more, get familiar with information regarding his parents, and his American fiance.

Before we delve into the great love story of Alexei Brovarnik and his wife Loren Brovarnik, let’s get to know Alexei a little more with some wikis.

Alexei was an Israeli citizen before meeting his American wife and moving to the United States. He was born in Ukraine but his parents moved to Israel when he was 11 years old. As such, the young Alexei grew up in Nazareth Illit, Israel.

When it came to a career, Alexei Brovarnik was a man of modest aspirations and wanted to work jobs that helped the people and had some roles in making society a better, safer place.

While his wife wanted him to be a model, considering how attractive he was, Alexei himself wanted nothing more than to have a position as a firefighter, or a paramedic, or a policeman.

Coming to the net worth, Alexei and his wife weren’t very well-off in the beginning. However, after appearing on 90 Day Fiance, their fortunes swung up and their net worth crossed the $300 thousand-mark.

Alexei Brovarnik stands very tall at a height of well over 6 feet.

Finally, let us talk about the Alexei-Loren love story. Yes, the famous American wife of Alexei was Loren Goldstone.

Alexei met Loren when she was on a trip to Israel and he was working as a medic in Israel. The two hit it off instantly and started dating. That happened around later 2013. Later in 2015, Alexei moved to the US with a K-1 visa to be with Loren.

It was this phase that was documented in 90 Day Fiance: the 90 days between Alexei moving to the US and their wedding.

After getting married in the US for visa purposes, the couple also had a wedding in Israel about a year later. Three years after getting married, Alexei and Loren were pregnant with their first baby and were expecting it in mid-2020.

Loren would later joke that she got knocked up on purpose just so Alexei would be hers forever. 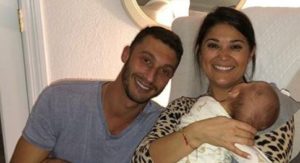 Alexei Brovarnik his wife Loren practicing with a baby before their own arrives circa 2020 (PC: Alexei’s IG)

Meanwhile, Alexei got American citizenship and the couple seemed settled in their small American family.

Wife Gives Birth To Their Firstborn

Alexei Brovarnik became a first-time father after wife Loren Brovarnik gave birth to their first bundle of joy — a baby boy — in Spring 2020. Via Instagram, the TLC stars broke the news.

Per the stated IG post, Alexei and his wife planned to reveal their son’s name in the coming days.

True to their words, on 21st April 2020, they revealed the baby’s name as Shai Josef Brovarnik. According to Loren, Shai meant gift.

Speaking exclusively to PEOPLE Magazine, Loren and Alexei shared— “We can’t believe we’re doing it again. Honestly, we’d be lying if we said we weren’t nervous. Two under 2 is going to be quite an adjustment, but we are so excited for BabyBrov No. 2!”

Loren Brovarnik and Alexi Brovarnik welcomed their second child on 16 Aug 2021 via C-Section. Via Instagram, Loren announced the news writing— “Truly a Thankful Thursday!! Babyboten has arrived, much early than expected! Due to some circumstances, he is in the NICU, but recovering well. We can’t wait to bring him home and start this next chapter as a family of 4!”