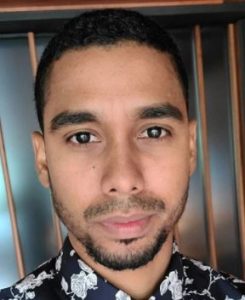 Pedro Jimeno first rose to fame with TLC‘s 90 Days Fiance, and then even more with its spinoff The Family Chantel.

Read the article below to know more about Pedro, his love life with wife Chantel Everett (read about her here), and the drama between their families.

The Family Chantel was mostly famous for the quarrel between Pedro’s family, including Linda, and Chantel’s family.

There was no information about Pedro’s father on the internet. Unlike the rest of the Jimeno family, Pedro’s father was not a part of 90 Days Fiance or The Family Chantel. The reason behind that (whether he did not want to be part of the shows or something had happened to him) was unknown.

Apart from his parents, Pedro also had a grandmother in the family. While the name of the grandmother was not known, it was known that she lived in the countryside of the Dominican Republic.

Pedro had one sibling, an younger sister called Nicole. Like his mother, Pedro’s sister was also on quarrelsome terms with Pedro’s in-laws (read on to find more about the fight).

However, Pedro’s sister had her own problems to focus on. Currently, Nicole was dating a guy called Alejandro. But her mother and Pedro did not like their relationship.

Furthermore, during the COVID lockdown, Pedro’s sister was in New York while his mother was alone in the Dominican Republic, which caused a little more rifts between the siblings.

Talking about Pedro Jimeno’s physical features, he was a tall guy with a height of 5 ft 10 inches. While his exact weight was not known, the story of his weight gain and the subsequent weight loss was interesting.

Not too long ago, Pedro had an incredibly well-toned body with ripped muscles and abs. However, he gained almost 40 pounds in the three years since he arrived in the US. The reason, Pedro told, was American food, which he loved very much and ate a lot of.

Most recently, however, Pedro was working on a weight-loose routine. He lost over 25 pounds within a few months by practicing Muay Thai, or Thai Boxing.

Coming to his profession, Pedro Jimeno is first and foremost a reality TV celebrity and an influencer, but he was also a Twitch streamer and a businessman. Before delving into the multi-faceted career of Pedro, let’s talk about his education.

Now, as a Twitch streamer, Pedro mainly streamed his gameplay of a videogame called Phamosphobia. On his Twitch channel, he had 3.3k followers by Oct 2020. As a reality TV celebrity, Pedro had appeared in a couple of TLC shows: 90 Days Fiance and The Family Chantel.

According to the sources on the web, TLC paid around $15000 per season to the couples on 90 Days Fiance. It was most likely that the foreigner partner of the couples either did not get paid or was paid very less. However, for The Family Chantel, for which the salary was about the same, TLC paid Pedro handsomely.

As an influencer, Pedro was huge in social media. His Facebook page had over 5k followers and about the same number of likes. On Instagram, where he had the largest presence, he had 277k followers with 148 posts. On Twitter, however, he had only 184 followers.

In one of those lover’s visits, Pedro proposed to Chantel and she agreed. Pedro then moved to the US on a K-1 visa. Then started what was one of the most interesting dramas of reality television.

Things started when Chantel lied to her parents that Pedro was in the US with a student visa. When her parents found out the truth, they thought Pedro was only dating Chantel for Greencard. They sent private investigators after him. Despite the tension, Pedro married Chantel in a beautiful wedding in Atlanta, Georgia.

When Pedro’s own family came into the mix during the second wedding happening in the Dominican Republic, the quarrel started to become brutal. Chantel’s family went so far as to accuse that Pedro’s sister Nicole was actually his secret lover.

Pedro and Chantel were living together happily in Atlanta, Georgia. And their families were tolerating each other unhappily. The readers could find all the drama in The Family Chantel. 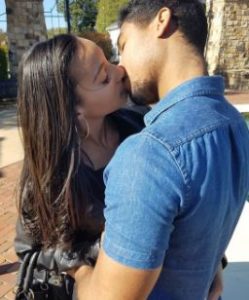 As of Oct 2020, the couple did not have any kids for they thought they were not ready yet. However, they did want kids in the future.

Winter Everett is one of the cast members in the reality TV series The Family Chantel featuring her sister...