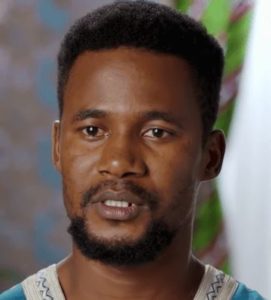 Usman Umar, a.k.a SojaBoy is a self-proclaimed famous Nigerian rapper. Not to be confused with the American rapper Soulja Boy, Usman made it into the limelight as a cast to TLC’s 90 Day Fiancé.

Things between Usman and his 22-years-older girlfriend Lisa Hamme didn’t go too well. Rumors had that the couple broke up as Lisa got too jealous of Usman’s young female fans.

In late-April 2020, reports surfaced that Usman contracted COVID-19. The story gained traction after he claimed to feel sick.

Ease your curiosity as we unfold Usman’s wiki as the article continues.

Usman Umar was 30 years old as he gained recognition through 90 Day Fiancé. He celebrates his birthday somewhere around early October.

As per his birthday, Usman is of Libra zodiac.

Usman Umar had never introduced his girlfriends to his family before. So, he was afraid of what his parents would think about Lisa. Moreover, she was much older than him and from a different culture.

When Usman told his family that he met Lisa online, everyone was angry at him. His mother didn’t talk to him for three months and in their belief, it’s supposed to be a sign of disappointment.

As a musician, Usman aspired to be among the top tier rappers. That said, Soja Boy had no albums released until Summer 2020 but had a few songs on Itunes and also check his song Woman on Youtube.

Certainly, Usman gained quite an amount of followers after his appearance on 90 Day Fiancé. But he wasn’t under the shade before too. Fans were dubious of Usman if he was with Lisa just to gain exposure for his musical career.

Furthermore, Usman was awarded the best music of 2020 by the Kaduna Festival at Kaduna State University. Also, he was titled as an ambassador at the International Goodwill Ambassador Awards in 2019.

Coming from a Nigerian ethnicity, Usman’s distinct features include his captivating Nigerian accent and a beautiful smile with a little gap between his central incisor teeth.

90 Day Fiancé‘s odd couple, Usman Umar and Lisa Hamme first met online before the show. Though coming face to face only on the show, Usman had already composed a song for Lisa called I Love You. 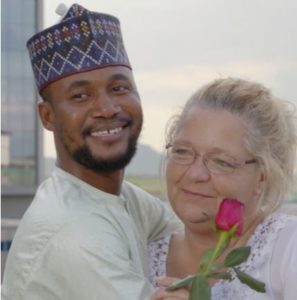 About 9 months of dating, Usman popped the question and asked Lisa to marry him through video chat. Since Lisa wanted the proposal to be in person, she accepted it as a temporary yes.

Spoilers alert: it was reported that Usman Umar and Lisa Hamme were married around August 2019. Surprisingly, as of early 2020, they changed their relationship status back to single. Maybe the couple was trying to stick to their NDA with 90 Day Fiancé or they might have decided to end their relationship for good.

Usman later claimed he only married Lisa because she threatened to commit suicide if he didn’t. He then added,

“I don’t love you for real honestly. I want to go to America. So, I will do anything possible to make sure that it will happen.”

Asked if he’d marry again, Usman revealed he could have four wives.

As the season progressed, Lisa continued to antagonize Usman. The Nigerian rapper shared she called him by the N-Word. For using the racial slur, Lisa cryingly apologized on Instagram.

Even though Lisa insisted she and Usman were going strong, nobody believed her. Finally, in early-June 2020, she proved them right by hinting it was over between her and Usman.

Via IG, Lisa accused Usman of using her to arrive in America. Immediately, the Nigerian hunk replied and claimed he wasn’t a scammer.

Based on some Q&A with Usman, some fans concluded that Usman Umar is gay.

Usman admitted that he likes both men and women. To clear the ambiguity with his statement, fans asked him whether he defined himself as bisexual. Surprisingly, Usman replied, “If that is the accurate answer YES”.

Since English wasn’t Usman’s strongest suit, Usman might have just got confused with the words. Later, when a fan questioned why he was gay despite being a Muslim, Usman denied that he was one.