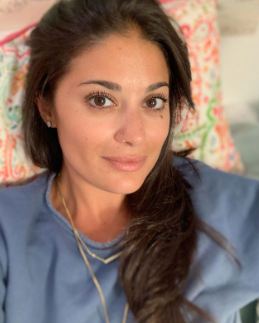 Loren Brovarnik and Alexi Brovarnik welcomed their second child on 16 Aug 2021 via C-Section. Via Instagram, Loren announced the news writing— “Truly a Thankful Thursday!! Babyboten has arrived, much early than expected! Due to some circumstances, he is in the NICU, but recovering well. We can’t wait to bring him home and start this next chapter as a family of 4!”

In March 2021, Loren Brovarnik had revealed she and her husband, Alexei Brovarnik were expecting their second child.

Speaking exclusively to PEOPLE Magazine, Loren and Alexei shared— “We can’t believe we’re doing it again. Honestly, we’d be lying if we said we weren’t nervous. Two under 2 is going to be quite an adjustment, but we are so excited for BabyBrov No. 2!”

Loren Brovarnik entered motherhood for the first time in 2020. Mid-April that year, she and her husband Alexei Brovarnik welcomed their firstborn — a baby boy.

According to Loren’s announcement post, the newborn — or BabyBrov, as she called him — arrived on 14th May 2020 at 4:26 pm. Furthermore, upon his arrival, he stretched 19 inches long and weighed 5 pounds & 10 ounces.

In the IG post, Loren shared that she and Alexei were sharing their son’s name in the coming week.

As promised, Loren and Alexei revealed they had named their son Shai Josef Brovarnik. Pronounced as “shy,” Shai meant gift.

In mid-February 2020, Loren Brovarnik hinted that her first bundle of joy would arrive much earlier (mid-April to the end of April) than the previously shared due date (May).

Months before the revelation, Loren had opened about her plans to have “Baby Brov” via C-Section. Admittedly, her Tourettes Syndrome didn’t play a role in the decision.

At the start of the new year, Loren and her husband Alexei Brovarnik had a gender reveal party. The duo, however, opted until their son’s arrival to unveil his name.

Pregnant For The First Time!

In late October 2019, Loren Brovarnik revealed that she was pregnant and expecting her first child with her husband Alexei Brovarnik.

Breaking the baby news via an E! News interview, Loren expressed excitement. Additionally, she professed to be overwhelmed with terror and nervousness.

Talking to the very publication, Alexei echoed a similar sentiment.

According to Loren, the expecting parents’ baby could arrive in the spring of 2020.

Loren shared snaps of her husband and ultrasound pictures on her Instagram. Alexei followed the suit and uploaded photos of him embracing his pregnant wife.

Interestingly, the “90 Day Fiance” couple had previously opened up their desire to have a baby in 2020. 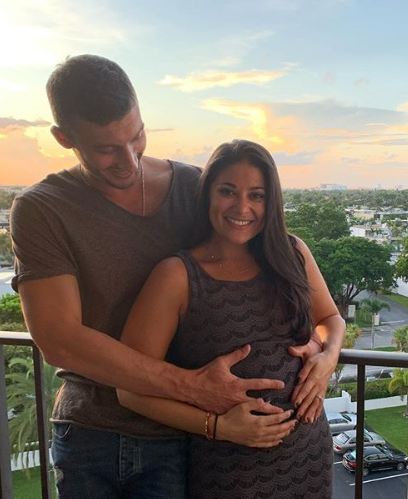 Once their first bundle of joy arrived, Loren joked she got knocked up on purpose to have Alexei by her side forever.

The baby news came more than three years after Loran and Alexei Brovarnik tied the knot for the second time.

Loren first married her then-fiance in September 2015. The lovebirds’ second wedding was held in July 2016. Both the bride and groom’s parents attended the nuptials.

Interestingly, Loren met her future husband Alexei during her trip to Israel. At the time, the latter was working as a medic.

In late-2013, Loren and Alexei commenced dating. Within two years, they got engaged.

With her apperance on “90 Days Fiance: Pillow Talk 2,” Loren Brovarnik skyrocketed to the national spotlight.

Pre-reality TV fame, Loren held several corporate jobs. Between October 2011 and January 2013, she worked for NYC-based “Voli Spirits, LLC.” In February 2013, she served as an executive assistant at the “Assembly.”

After more than two years with “Assembly,” Loren enjoyed brief stints with “Lamark Media” and “Mllnnl” in 2016. From May 2017  to July 2018, she held the position of executive administrative assistant office manager at “Rabinovici & Associates.”

In 2017, “Tourette Association of America” selected Loren as its ambassador.

A rough estimate places Loren’s net worth at around $750 thousand marks. In terms of height, the “90 Day Fiance: Happily Ever After?” star stands a little under five feet and five inches.

On 30th June 2021, Loren Brovarnik turned 33 years of age. Per the “90 Day Fiance” Wikipedia page, her maiden name is Goldstone.

A native of New York City, Loren holds American nationality. Ethnicity-wise, she is of Jewish bloodline.

More on her family: Loren isn’t her parents’ only pride and joy. The TLC sensation is siblings with a baby sister.

A graduate of the Univesity of North Florida, Loren holds a bachelor’s degree in Communications and Advertising. Meanwhile, she finished high school in 2005.

Jenn Potthast earned prominence as a sister of TLC’s 90 Day Fiance‘s Elizabeth Castravet and she...