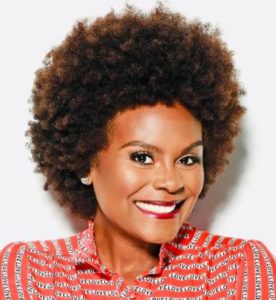 Amidst the lockdown in early 2020, people were engaging themselves into productivity. And certainly, learning new food recipes had topped the charts. Likewise, Tabitha Brown was a name that climbed the limelight with her insightful cooking hacks during the COVID-19 pandemic.

Tabitha is an actress and a Vegan blogger who shared her food recipes over TikTok. While other chefs held their crown in the TikTok community, Tabitha’s easy plant-based recipes and graceful southern accent quickly captured the hearts of millions.

In 2020, Tabitha had signed a contract with the CAA. Also, she has worked as an ambassador for Whole Foods and was the face of various indie brands.

Learn more about Tabitha’s net worth, husband, and height as we present you this wiki-format article.

Similar – @GirlWithGreenBeanie Wiki — All About The TikTok Star

Tabitha Brown celebrates her birthday every February 4. She was 41 years of age when the world suffered from COVID-19 in 2020.

Corresponding her birthday, Tabitha is of Aquarius zodiac.

Tabitha Brown was born and raised in Eden, North Carolina alongside her siblings. As a child, her grandfather would let her and her brothers tag along to the farm. He was her best friend and they would eat pinto bean soup and cornbread every week at her Granny’s house.

Also, she loved both her parents with all her heart. Nothing was more important to Tabitha than her family. Unfortunately, her mother passed away from ALS when Tabitha’s daughter was 4 years of age.

She recalled her early days, as to how it influenced her cooking style. After she researched about her mother’s disease, she learned that it wasn’t necessarily genetic but often due to what they consumed. With her father’s family history of heart attacks and strokes, Tabitha then decided, she was done with meat.

Also, her dad and uncle would make jokes during the family cookouts and she would remember them and share it with her friends. Admittedly, she loved her friends like her siblings and making them laugh gave her joy.

As a fitness enthusiast, Tabitha recommends everyone to eat healthy foods. Eating a proper diet herself, she was about to maintain her body measurements at a weight of 56 kg (123.46 lbs).

Tabitha Brown’s net worth was estimated to be around $1 million by 2020.

After 5 years of dating, Tabitha Brown finally decided to get married on April 19, 2003. By 2020, Tabitha and her husband Chance Brown were happily married for over 17 years. Chance worked in the police academy and was her greatest admirer. 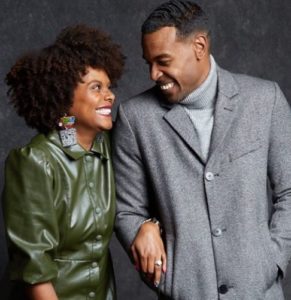 As for her kids, Tabitha and Chance have a son named Quest and a daughter named Choyce who were 8 and 18 years old respectively in early 2020. Furthermore, it was her daughter Choyce who first introduced her to the TikTok.

Before TikTok, Tabitha shared her recipes on her Facebook. Also, she has worked as an Uber driver as she was struggling to find acting roles. Comming to TikTok, Tabitha admitted having had made more money in a year than she made in over 14 years of living in LA.