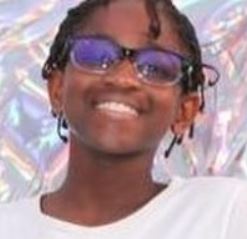 On 11 February 2020, famous former basketball player Dwyane Wade, opened up about one of his sons identifying as a transgender girl and thus taking the name Zaya Wade.

Read Zaya Wade’s bio below, including some wikis like her age, her birth name, her mom’s name, and other many details. Also, learn if she was born a boy or girl!

Zaya Wade was born on 29 May 2007 to famous NBA star Dwyane Wade and his then-wife Siohvaughn Funches.

Zaya’s biological mom was Siohvaughn Funches, who was Dwayne Wade’s high school girlfriend and his first wife. Dwyane and Siohvaughn had one more son called Zaire during their married life.

Apart from her brother Zaire, Zaya had two more siblings: a sister from her step-mom Gabrielle Union and a brother called Xavier from her father’s long-time friend Aja Metoyer.

During her birth, Zaya Wade was identified as a boy and thus given a male birth name of Zion. However, from the moment she was able to understand her thoughts, Zaya had known that she was a girl and not a boy.

During an interview in The Ellen DeGeneres Show, Dwyane opened up his hitherto-son coming out to them as a transgender girl. Dwyane also told that Zaya wanted to be referred to using female pronouns and the first name of Zaya. 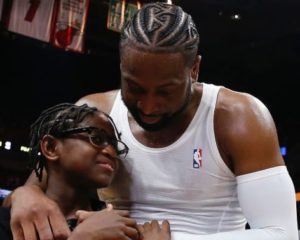 Zaya Wade with her father Dwyane Wade circa 2020 (PC: nbcnews.com)

Dwayne proved himself to be a great father when he said he would support his daughter in every possible way and he would do anything to protect her heart and her joy.

Two people, especially, stood out among the people who weren’t happy with Zaya’s coming out: Young Thug and Boosie.

When Dwyane Wade opened up about her daughter, a Baton Rouge MC called Boosie BadAzz went to his Instagram and made some transphobic comments, questioning Dwyane Wade’s parenting and urging him to not cut his son’s penis. The comments quickly fell into controversy, getting scrutiny from a wide range of people.

Another similar controversy was created by a rapper called Young Thug. Young Thug took to Twitter and made statements saying that God doesn’t make mistakes. While Young Thug’s words were as blatantly transphobic as Boosie, he was also criticized by the wider community.

Few controversial voices aside, Zaya and Dwyane seemed to be getting all the support. Dwyane was celebrated as an inspirational father figure and Zaya was loved by all for her courage.

Does the phrase “Wack to Wack” ring any bells? The first thing that might occur is that it sounds similar...