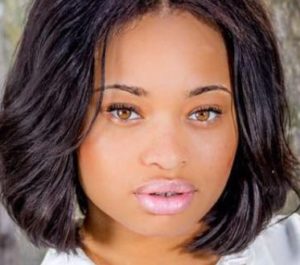 Who is Teresa Topnotch? Well, she is a comedian with a weird but self-assured surname, but what defines her. There are many comedians and many people give themselves cool surnames. What sets Teresa Topnotch apart?

Surely, there are many confident people in the world, but she differs from them in that her confidence comes from her absolute trust in God.

Read the wiki article below to know more about Teresa Topnotch and her confidence.

First thing first, Teresa Topnotch was born on 6 August 1991 in Atlanta, Georgia. Her real name at the time of the birth was Teresa Celeste and she came from African-American ethnicity.

Not much is known about her family, except for the fact that Teresa Topnotch loves and respects them–nothing new there.

Well, the new (or rather weird) thing is the way Teresa shows love and respect for her family. In January of 2020, Teresa posted a screenshot of her conversation with her father.

In the conversation, Teresa was saying that she had faith in God and was living her purpose. So, far so good. Soon after, she went on to say that she came out of her father’s nuts to live her purpose and she was the “little sperm that made it”.

Well, there was nothing especially wrong there, only it was confident in a way not many people are confident with their parents.

The sperms aside, the very same conversation was also a glimpse into Teresa Topnotch’s confidence. She had always believed that she had a purpose in life and God was always working on her behalf. This belief had made her believe that she could do anything. That belief is the source of her confidence.

And she did a lot of things for her confidence to keep flourishing. For one, she worked as the cast member of the Nick Cannon Presents: Wild N’ Out, a sketch comedy and improv TV show on MTV, for three seasons between 2018 and 2019.

Moreover, she also worked in Bounce TV‘s sitcom, Family Time. She appeared as Brandy, a frequently recurring character, in the seventh season of the show.

Wild N’ Out and Family Time are Teresa’s most popular works. However, she had previously worked in other movies and TV shows as an actor.

Her first acting performance was in a short movie called The Rookie & the Rat. She also worked in movies like How High 2, Power Corrupts, No Reason, and the TV shows like Tales, Last Call, A Black Lady Sketch Show.

All in all, her $800 thousand net worth must have swelled significantly, although the exact numbers were not known.

Furthermore, and this is where her confidence worked wonders, Teresa Topnotch was also an influencer. With her huge social media presence (she had over 1 million followers on Instagram) Teresa was able to impart her wisdom to people who followed her.

Of course, the most important of Teresa’s teachings is that God is behind us, one hundred percent. So, be confident in whatever we are doing, or we are going to do.

Part of her job as an influencer was to not only tell people that they should be confident but show them her confidence and maybe it could rub off in the process. In that regard, Teresa Topnotch posted a lot of pictures of her confidently flaunting her curvaceous body.

Standing at the moderate height of five feet & seven inches, hitting all the right bodily measurements and constantly hitting the gym, and dieting to maintain her weight, there was an obvious way for her confidence with her body.

One thing, however, could cast a little doubt about Teresa Thompson’s confident outfit: her personal life. There was no information about her boyfriend, or girlfriend, or husband, or wife on the internet. That was a little weird considering that she often gave the impression of being so confident that she did not need secrecy.