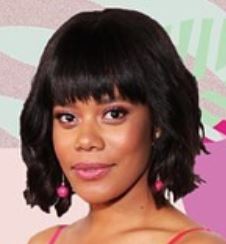 The ordinariness of luck is sometimes extraordinary. When telling the story of Christina Elmore’s success, luck is probably the second protagonist, not in the sense that it appeared repeatedly but in that the one time it appeared was very significant. The one time it, i.e. luck, appeared everything changed for her.

Christina Elmore is an American actress famous for her roles in TNT‘s post-apocalyptic action-drama The Last Ship and BET‘s comedy-drama series Twenties. Read the article below to learn more about Christina Elmore and her life changer luck. Also, learn various interesting wikis about her, including her net worth, height, and information about her parents and husband.

Let us start with her very short bio. Christina Elmore was born on 19 March 1987, which makes her 34 years of age by her birthday in 2020. Based on her birth date, her zodiac sign is Pieces.

Christina is a California native, born in Sacramento to parents Dr. Ronn Elmore and Aladrian Elmore. Christina grew up with two siblings, a brother named Cory and a sister named Corinn.

After growing to love acting during her Harvard days, Christina went on to study American Conservatory Theater (ACT) and gain her MFA in acting from there. While at ACT, she performed on its production of A Christmas Carol, A Midsummer Night’s Dream, and other plays.

Christina started her professional acting career with a minor role in the 2013 movie Fruitvale Station. It was later, however, in 2014, that Christina got her big break in the industry with a TNT’s TV show, The Last Ship.

It was Michael Bay-produced sci-fi post-apocalypse drama about a navy crew who survived a catastrophic world-destroying virus. In the show, Christina played Lt. Alisha Granderson, one of the leads of the show.

Among her other famous roles, the most significant is HBO‘s comedy TV show Insecure, where she appeared in a minor role for five episodes, and also BET‘s comedy series called Twenties, where she was one of the main cast.

Thanks to her work in TV shows and movies, Christina Elmore was able to amass a net worth of 400 thousand dollars by the time this article was written, i.e. April 2020.

How One Incident of Luck Changed Everything For Christina?

The story of how Christina, an obscure struggling actress with no prior experience in the show-biz, got the role of a lead in Michael Bay’s high budget TV show, The Last Ship, is rather interesting. On the day of her audition, her car broke down and by the time her car was repaired and she reached the auditions she was two hours late. Of course, usually, two hours late means bye-bye, you have missed your chance.

By the great hand of luck, however, the casting team was running late themselves, two hours behind actually, and thus Christina’s delay did not cost her the role.

Had they not been running late, Christina would not have gotten the job and would have remained in obscurity. Fortunately, they did, Christina got the role and many other lucrative opportunities followed.

Now, let us come to more interesting wikis about Christina Elmore. She stands at an average height of 5 feet 5 inches tall and weighs 55 kg. Her body measurements show a lovely figure of 32-26-31.

Moving on, Christina seemed very connected with her fans through social media. Christina is not only an ardent Twitter user with great reach over Facebook, but also has 22.7k followers on Instagram.

Finally, coming to her personal life, Christina Elmore married the love of her life, Ryan Duke. On 6th April 2014, Ryan became her husband amidst a small wedding ceremony with friends and family. 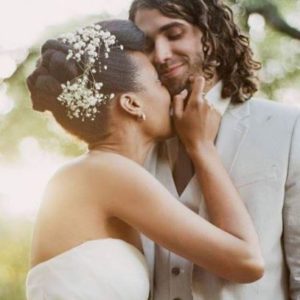 Three years later, the happiness of the married couple increased tenfold when Christina and her husband had their first child, Silas Wilde Duke.

Judging from her Instagram, Christina is as successful in her personal life as she is in professional life, with a loving husband, an adorable child, and lots of friends.

Y’lan Noel appeared dashing as ever as Insecure season 4  premiered on April 12, 2020. Stuck in minor...