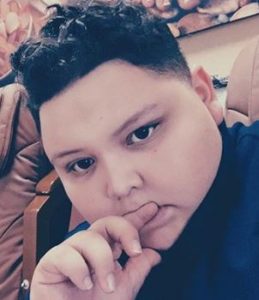 In this article, the writer will try to shed light on the young, insightful boy with a weird sense of humor behind the funny-speaking, obscenity-spewing, exceedingly humorous girl with eerily large eyelashes and try to give some wiki about them.

This young, insightful boy with a weird sense of humor was called Adam Martinez. In Spring 2020, he turned 21 years of age. Meanwhile, the TikTok star celebrated his birthday on 21st April every year.

Before he was a young, insightful boy with a weird sense of humor, Adam was a sweet young boy who loved to spend time with friends and family and went to Southwest High and graduated high-school from there.

Not much is known about Adam for his celebrity status is still at its infancy-age, except for the fact that he had a very weird sense of humor and thus pulled comedy out of a situation that most would not have found as a source of humor.

Adam, the young, insightful boy with a weird sense of humor had some insights on the working of women around him and he turned those insights on their heads to create videos that were weird and humorous.

Rise of Adam Martinez, a.k.a. Rosa, as a Celebrity

People first started to notice Adam, and his quirky sense of humor, in December 2019. Adam Martinez started to post videos on his TikTok profile, @adamrayokay, showcasing his weird sense of humor.

In the first video was a girl, Adam’s alter ego; a badly made-up girl with eerily large eyelashes, accompanied by a piece of mismatched music — as is the case with most TikTok videos. The first-video-girl had no name at the beginning for the video wasn’t supposed to hit millions in views. 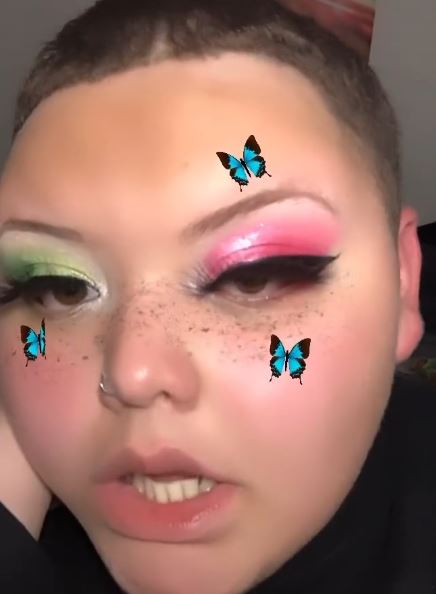 Adam Martinez being Rosa for TikTok 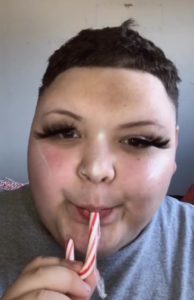 Adam Martinez being Rosa for TikTok

On the surface, Rosa — that was the name of funny-speaking, obscenity-spewing, an exceedingly humorous girl with eerily large eyelashes — did nothing but speak funnily, spew obscenity and make people laugh. But her style and humor were unique and entertaining and, in many ways, insightful.

In some time, Rosa had become so famous that other TikTok celebrities started to use her videos in their videos — sometimes to great success. One of the derivative success stories was Marlene Mendez, a low-speaking, obscenity-spewing, naturally stylish, TikTok celebrity with eerily long nails. 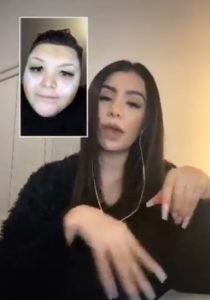 Before TikTok fame, Adam “Rosa” Martinez worked a regular job. Speaking about his prior engagement, he shared:

“My life before Rosa was so fucking boring. I would sit in my room, bitch. worked a 9-5 in some office typing some shit up. I would come home, go on TikTok for hours and hours, and then I would crash the fuck out. And then I would do it all over again.”

By March 2020, Adam had guest-starred in the YouTube channels of James Charles and Benny Soliven. That very month, the unearthing of his past racist tweets almost derailed his influencer career before it even took off.

Through his career as an influencer, Adam accumulated over $200 thousand in net worth.

When Adam — and Rosa — became popular, and people started to know them, most would only see Adam as Rosa and never really as Adam, most would not even know that Rosa was only Rosa in TikTok world and the real world Rosa was Adam.

Some, who did know that Adam was Rosa in TikTok and Rosa was Adam in real life, started to question if Adam was gay. How could he, otherwise, be so comfortable to be Rosa.

As of 2020, there was no clear news on this matter. It seems the people who are confused about Adam and Rosa and Adam being gay must wait until Adam and Rosa become more popular and thus the greater interest of the gossip journalists.

In a YT video dated back to March 2020 and “THE PERSON BEHIND ‘ROSA’ Q&A,” Adam shared that he wasn’t dating anyone.

Ethan Andrew leaped to fame in 2020 after accusing James Charles of sending nudes when he was a minor....