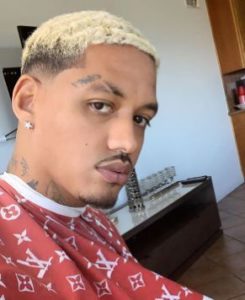 Here’s everything you need to know about him over this Alexander “AE” Edwards Wiki.

In Aug 2021, Amber aired the dirty laundry between them, claiming Alexander cheated on her with around 12 women. By her admission, she was tired of getting cheated on and being embarrassed. Amber also put his mistresses on blast, labeling them “bums”. However, she didn’t expose the women who fool around with Alexander.

A joy-ridden Alexander took to Instagram and broke the baby news. In his post, he thanked Amber for bringing their firstborn into the world. 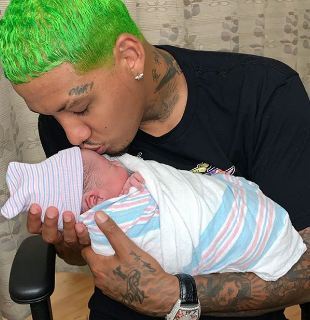 With Slash’s arrival, Amber became a mother of two. Rapper Wiz Khalifa is the father of her firstborn Sebastian Taylor Thomaz.

Back in April 2019, Alexander and his girlfriend Amber first announced their pregnancy. Throughout the journey, the video vixen/social media sensation kept the fans posted.

Alexander first met his future girlfriend Amber in 2015 via mutual friends. The lovebirds’ love affair, however, wouldn’t begin until 2018.

Before igniting a romance with Alexander, Amber was in a relationship with 21 Savage, Val Chmerkovskiy, Machine Gun, Kelly, Wiz Khalifa, and Kanye West.

At the 4th Annual SlutWalk, Amber unveiled Alexander as her boyfriend.

A music executive by trade, Alexander is the founder of the record label “Gloryious.” He also owns a clothing company of the same name.

His friendship with rapper Tyga also led to an apperance on “Keeping With The Kardashian.”

In 2018, Alexander joined the legendary Hip-Hop Def Jam Recordings as its VP of A&R. As part of his job title, he overlooked artist development. Rapper YK Osiris is his most notable co-sign.

An Oakland, California-native, Alexander also shares his birthday with the late Michael Jackson and Cameron Dallas.

About his ethnicity: Alexander possesses all the physical features of an African-American man. An absence of an official bio makes it impossible to verify the observation.

Inspired by West Coast legend Tupac, Alexander took to rapping at an early age. Working with the collective “4 Deep” – which later became “A’z” – he gained exposure to the Hip-Hop scene.