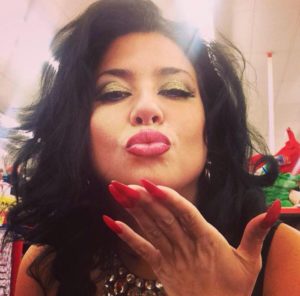 A film producer and screenwriter Chanel Capra earned prominence in the entertainment industry. She made her career debuted as a reality star by appearing on Netflix’s show The Circle.

Chanel Capra Bio brings you more details about her where we cover information regarding her husband, age, job, and family.

Chanel Capra On The Circle

Chanel Capra took to her Instagram, on 28 August 2021, to officially announce she was appearing on Netflix’s The Circle season 3. But, she wasn’t alone since her sister Ava Marie Capra was also in the show.

“The 👯‍♀️#sisteract 👯‍♀️ is here!!! We are sooooooo excited to finally share the news that this #dreamteam has joined #thecirlefam ⭕️ I am literally such a fan of so many cast members from S1 & S2 and I’m looking forward to being everyone’s #bigsis on S3 ❤️ So get your tea 🫖 brewing and your popcorn 🍿 popping cuz @avacapra and I are coming to @netflix on @thecirclenetflix September 8th 🥂 ,” Chanel captioned the post.

Season 3 was hosted by Michelle Buteau, a comic actress.

Standing at a moderate height of 5 feet 1.5 inches (1.56 meters), Chanel’s distinct features are her dark hair and tattoo that she had on the side of her both arms.

Her mom, Anne Marie was 16 years old teenage mom when she had Chanel. And according to the birthday wish that Chanel received from Anne when she turned 40, having Chanel was the greatest decision of her life. She was Anne’s firstborn. Meanwhile, Chanel’s father Pascasico was in jail. Her father lost his life in a shooting death in 2003.

She also had one other biological sibling, her brother Francis Capra from her parents. All of Ava’s siblings are in the entertainment industry.

Francis Capra debuted as a child actor discovered by Robert De Niro and Chazz Palminteri in New York. He starred in movies and TV series such as American Dreams, Venice Underground, Heroes, Blood and Bone, Veronica Mars, Play It Again, Dick, and a few notable others among 50 acting credits.

Following the death of her father, Anne remarried Phil Garbarino with whom she had two children, Ava Capra and Asa Capra. She starred alongside Ava for Netflix’s TV show The Circle.

On TikTok, Chanel goes by the name, @chanelcapra where she had 20 followers and 90 likes for her videos. Her Instagram (@chanel_capra) gathered 12.1k followers and had 330 posts as of Aug 2021. On Facebook, she had 693 friends.

The screenwriter-producer wrote on her IG post from March 2020, “3 decades later I’m still telling stories and every time I get paid to do what I love, what I always dreamed, every day that I realize I’ve never given up, each moment that I still get excited for all I have yet to do…I’m first place and living is winning! So the next time someone asks a kid what they want to be when they grow up, listen ❤️”

Chanel is a great-granddaughter of Frank Capra who was an Academy Award Winning Italian-American director. He was best known for classic movies like It’s a Wonderful Life and Mr. Smith Goes to Washington.

Chanel interned at The Shooting Gallery where she worked towards establishing herself as a screenwriter and producer.

Chanel had formed a production company named DFD Productions, Inc. with Lions Gate Films, for the production of this film. Other notable works of Chanel include Free Willy 2: The Adventure Home where she played teenage girl at Ferry, The Andy Dick Show, Nora’s Hair Salon, and Nora’s Hair Salon II where she worked as a screenwriter.

In 2004, film producer Leigh Ann Burton sued her and her attorney John Dellaverson and Lions Gate Entertainment for breaching of contract and false promise relating to the production of a film project called Dying for Donny which was later named In the Mix.

Chanel Capra built an estimated net worth of $400 thousand.

Actor Lillo Brancato Jr. from A Bronx Tale was the first man known widely known for being attracted to Chanel Capra. She had met him on the set of the same movie when her then-9-year-old brother Francis Capra landed the role in the movie.

After that, Lillo courted her and became a regular visitor at Arnow Place, where Chanel and Francis lived. She was 13 at the time.

Based on her IG posts, by March 2020 posts on the platform, Chanel had an engagement ring on with a big diamond. So, a conclusion can be drawn that Chanel Capra is engaged to her mystery boyfriend.

However, she never made even a single post related to her potential mystery fiance. On top of that, details on her to-be husband and plans of a wedding are required further unraveling to do.