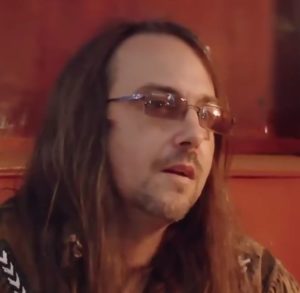 John Miller, a partner of Kristianna Roth, is best known as the cast of the reality TV show Love After Lock from WE TV. Their love life is quite rough, with several ups and downs. Still, fans are intrigued to know more about him.

This John Miller Wiki brings you information on his criminal history, Love After Lockup updates, and also addresses of him being Native American.

John Miller from Love After Lockup was 47 years old as of the end of August 2021. Since his birthday remains unknown, the same case stands for his zodiac sign.

Fans of the show accused him of appropriating Native American Culture.

The question regarding whether he is a Native American surfaced when fans viewed that he had kept the eagle wing in his freezer. The bald and golden eagle are protected under the Bald and Golden Eagle Protection Act and the Migratory Bird Treaty Act.

In the United States, possessing part of a Bald Eagle holds the penalty of a $15k-$100k fine. It also includes six months to a year in jail for a first offense.

However, the star of Love After Lockup, John Miller explained how he was considered Native American and also showed his tribal card as proof for it.

As John clarified, his biological mother gave him up for adoption immediately after he was born. Meanwhile, his biological father, who was of Chickasaw Nation, was doing prison time for murder charges.

He then flaunted Chickasaw Nation Tribal Citizenship Card at the camera as proof of his Native American heritage. The family followed Oglala Lakota.

John Miller (Love After Lockup) has a brother named Kordell/Cordell. There exist no information about Kordell/Cordell in the public domain. In the show, he helped John out during the arrangement of his brother’s marriage with Kristianna Miller.

John is on Instagram under the handle (@john_miller.loveafterlockup). The platform garnered him, 6,440 followers. He posted 32 times on the platform as of late August 2021.

Moreover, John has a TikTok account (@john.loveafterlockup). He gathered 15.9k followers and 99.9k likes for his videos. He also has a Facebook account where he shared only a few details about himself.

As reported by Soap Dirt, John Miller has a fair share of trouble with the law. He did 12 years in prison for forging checks. As the detailed report shared, he printed his own checks but changed one or two account numbers as if it was a mistake. While after prison, it seemed that John left his old criminal habits in the past sister of Kristianna Roth, Terra, snitched a possibility of his return to his criminal past.

Terra informed that John bought a new car, a new pool, new furniture, the even the house was remodeled. So, she questioned where the money came from since he wasn’t associated with any job. Love After Lockup never shared that he had been working.

As John Miller shared with his daughter, he and Kristianna Roth met each other in prison while she was doing her time. John was married four times and engaged two times, so we could say he had quite a rough relationship history.

John was also captured sharing with Tammy, Kristianna’s mom, that he ran off with the cousin of his first wife. He married her while still being married to his first wife. Out of his four marriages, he ended up having 8 kids, of which he has custody of two of them.

Some of his children that we know of are his son, who he calls “the kid,” and two daughters Sarah and Sapphire Stano. Sapphire feared that her father would be back in prison again if he tied knots with her now-jail-bird stepmother Kritianna Roth.

John first shared about his marriage with his daughter Sapphire. He explained that he was in a relationship with Kristianna and planned on getting married once she came out of prison.

With the assistance of his brother, he turned his pickup truck into a wedding chapel. They tied the knots in a Native-American tradition.

In May 2021 episode, we see John and Kristianna on their way to Walmart. After a brief conversation with John on his phone, Kristianna reads comments from her life and she dropped the bomb that they had plans of having children.

While rumors surrounding her pregnancy appeared on the internet, Kristianna dismissed all the hypotheses by claiming she wasn’t pregnant.

And as expected, they got married, but Kristianna was back in prison, again. She is doing time in state prison in Iowa and she won’t be released until February 2023. For more details check our Kristianna Roth Biography to learn more about her.

In February 2021 episodes, Terra shared that John threw him out of his house after sharing it for 10 months.

John admitted to flirting and enjoying the attention that he got from Terra but he had to protect his wife, and whatever that was going on between the two, had to come to an end. The circumstances were uncomfortable when Terra was around. So, if he cheats on his wife, the reality star vows that he shared with his wife would be null and their marriage would be void.