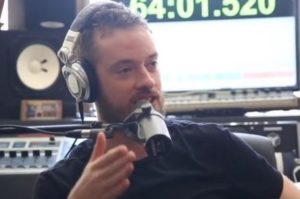 A sound engineer by trade, Parks gets best recognized as the one-fourth of the “Joe Budden Podcast.”

Always left out of the camera frame, Parks hosts his co-hosts/friends – and the supporting crew – at his New York apartment on a bi-weekly basis to record the podcast.

Get acquainted with Parks’ wiki-style biography to learn more about him!

A millennial via birth date, Parks turned 37 years of age in October 2020. Reportedly, he was born in the year 1983. Parks Vallely is his real name.

Hailing from a family of five, Parks is siblings with two older sisters. An Elmira, New York native, he was raised by a hospital worker mother and an Allstate employee father.

Parks took an interest in music after discovering his dad’s record collection. Longing for a music career, he left for Chicago after graduating from high school.

By 30 Aug 2021, Parks entertained 53.8K followers on his Instagram @parksmusic. Meanwhile, some 71.1K people followed him on his Twitter @parksmusic.

While in Chicago, Parks began interning at a recording studio. To make his ends meet, he worked at a music shop selling instruments.

Returning to the East Coast after befriending DJ Premier in the mid-2000s, Parks came in contact with New Jersey rapper Joe Budden. Over time, he would become Joe’s go-to producer, friend, and tour DJ.

Working with Joe, Parks landed credits on the “Pump It Up” hitmaker’s several albums including “All Love Lost” and “Rage and the Machine.” However, the “Joe Budden Podcast” remains the duo’s most celebrated project to date.

The Joe Budden Podcast went up in flames in May 2021. Amid the ongoing beef between its co-hosts, Parks seemingly sided with Joe all the while insisting he wished best for Rory and Mal. Many then accused him of “d*ck riding” Joe.

Owning to a successful engineering and podcast career, Parks boasts a reported $1 million net worth. Moreover, the sound engineer-turned-podcaster stands 6 feet and 5 inches in height.

Not being filmed during the taping of the “Joe Budden Podcast” episodes add to Parks’ mystique. So does his once low-key dating life. 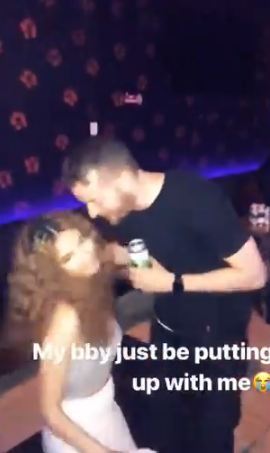 A deeply faithful man, Parks goes beyond his ways to hide the identity of his girlfriend and wife Rem from the public eye.

Other than occasionally mentioning Rem on the podcast, Parks opts not to go into details about the relationship.

On Twitter though, Parks raves about his Dominican girlfriend-turned-wife from time and again but without going into any specifics.

On 15th January 2020, Parks officially went off the market. The music engineer-turned-podcaster opened about becoming an engaged man on an episode of “The Joe Budden Podcast.”

Upon the announcement, Parks was greeted with congratulatory messages from fellow podcasters/friends Joe Budden, Rory, and Mal.

The very day that the said episode aired on Spotify, Parks’ fiancee Rem took to Twitter and broke the big news. In her own words,

“Ya girl is ENGAGED… To my best friend, the love of my life… I am so blessed”

Unsurprisingly, neither Parks nor Rem shared when they would get married. More importantly, they didn’t comment on their upcoming wedding.

Parks and his wife, Rem officially tied the knot in Aug 2021. For details about their wedding, watch this Joe Budden Podcast video.

Based in New Jersey, Rory dons several hats. In addition to being a successful event manager, he is also an...