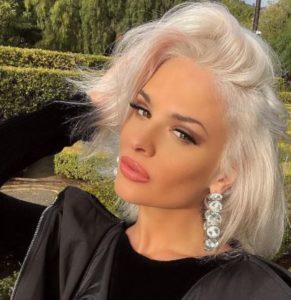 Ava Marie Capra, sister of Chanel Capra, is best known as the contestant of America’s Next Top Model, starring in the Netflix show The Circle. The Capra sisters are here to win the show and pocket the prize money, now scroll down this Ava Marie Capra Wiki that unfolds information on her social media.

Ava Marie Capra On The Circle

Ava Marie Capra went on her Instagram on 28 August 2021 to officially announce appearing on Netflix’s The Circle season 3. But, she wasn’t alone as she was accompanied by her sister Chanel Capra in the show.

“The cat is out of the bag! 😍 guess who’s gonna be on @thecirclenetflix! But I’m not doing it alone!! @chanel_capra we are taking over! Tune in to season 3, September 8th ❤️ ⭕️ @netflix @caprasisters wearing @midnightbakeryintimates wrap 🥰 ,” Ava captioned the post.

This marked Ava’s another milestone in her career as a reality star. She was joined by Nick Uhlenhuth, Calvin Kiing Crooks, Kai Ghost, Matt Pappadia, Daniel Cusimano, Ruksana Carroll, and Michelle Rider.

Season 3 was hosted by Michelle Buteau, a comic actress.

Anne Marie being a strong mother was the one who kept her family together. She was previously married to Pascascio Cordero. Pascasico was in jail and died in eventual shooting death in 2003. She had two children, Francis Capra and Chanel Capra with her first husband.

Francis Capra started a career as a child actor discovered by Robert De Niro and Chazz Palminteri in New York. He started as a child actor and went on to star in movies and TV series such as American Dreams, Venice Underground, Heroes, Blood and Bone, Veronica Mars, Play It Again, Dick, and a few notable others among 50 acting credits.

Chanel Capra is also an actress/writer/producer. She starred alongside Ava for Netflix’s TV show The Circle.

Ava Marie Capra stands tall at the height of 5 feet 5 inches or 1.65 meters. A large number of people assumed she underwent plastic surgery but that doesn’t seem to be the case.

According to her social media posts, she is a natural beauty and has looked the same for a very long time.

Since Ava Marie Capra is an influencer, she is on various social media platforms. Her IG account (@avacapra) gathered 227k followers. It contained 2,876 posts as of late August 2021. On her Twitter account (@theavacapra), she enjoyed 7,995 followers.

Ava Marie Capra is a multi-faceted talent. She is a model, singer, actress, host, entrepreneur, and social media influencer. Per her LinkedIn, in 2009, Ava signed with Ford Models, Inc where she worked until 2012. Then, she debuted her acting career by starring in a short film titled BELONG.

Ava also landed a commercial gig in Dave and Buster’s Commercial in 2014. She also appeared in GU a Japanese commercial. In the same year, she became the Face Model for ELLEMENTS Magazine and Stila Cosmetics.

Ava landed gigs in music videos such as SING by Ed Sheeran, Mind Goin’ Crazy by Reginae Carter, and Somebody to You by The Vamps.

In addition, Ava has been working as APP Ambassador since December 2019 where she works as an influencer. Ava also runs a YouTube channel based on her name that gathered 1.05k subscribers. She created makeup tutorials and also created vlogs.

Before that, in 2014 EMA MTV 2014, Ava appeared in a promo commercial of Nicki Minaj Salon Cover Girl. She also modeled for Styles For Less, Inc. Also, Ava has been working as a model-singer-actress at OTTO MODELS.

The remarkable moments of her modeling career also include her walking on the runway during LA Fashion Week.

Ava also competed in America’s Next Top Model 2015 cycle 22. She became the fourth model eliminated and placed 12th overall for that cycle.

The model was also indulged in a court case-type Property-Residential Eviction which by filed by Artur Gioubalyan in March 2018.

The case also included her mother Anne Marie Capra and her sister Chanel Capra Cordero as the other two defendants.

Ava Marie Capra had once found the love of her life. She was dating her boyfriend, Kentaro Krosse for at least 3 years. Unfortunately, in April 2019, Kentaro died after losing his battle against cancer. On her Facebook, Ava posted several snaps of their time together as a memorial of him. 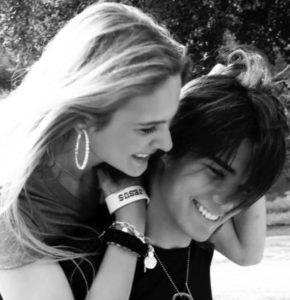 Ava Marie Capra and her late boyfriend together back in 2018 (Pic: Ava’s FB)

In one post, Ava accepted heartbreakingly that together they were in fact magic.

They were intoxicatingly in love. But, they also witnessed turmoil in their relationship. Ava has her fair share of repentance. She had regrets over not holding him back as he wanted her to and not fighting more for him like he wanted her to.

Ave never spoke or shared about her relationships. So, we don’t have information on her possible husband prospects or anybody she is currently dating right now.