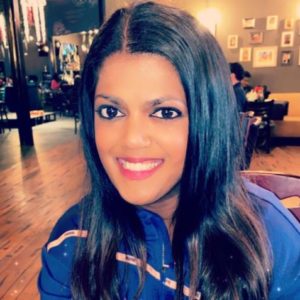 Ruksana Carroll is no stranger to reality shows. From The Newlywed Game to Family Feud, she has walked on the stage of several TV shows. Now that she is starring in Netflix’s The Circle, she added another TV show to her resume.

Scroll down this Ruksana Carroll Bio to learn more about her height, ethnicity, husband, and job.

Ruksana Carroll On The Circle

To make it official, Ruksana went on her Instagram and wrote: “Allow me to reintroduce myself ☺️ Catch me on Season 3 of @thecirclenetflix! Wednesdays starting Sept 8 on @netflix!!”

Ruksana Carroll turned 35 years old in 2021. Likewise, she celebrates her birthday on 1 February.

Ruksana Carroll, whose maiden name is Syed, is the only child born to her father Abdulla Syed and her mother Rahuma Syed in Union, New Jersey, the United States. Her parents hail from Kerala, India. Therefore, Ruksana Carroll is of South-Indian-American ethnicity.

Not much is known about Ruksana’s dad Abdulla, but she always shared that he was the type to inspire her to stand up for herself take nothing from any other person. Whereas, Ruksana’s mom Rahuma is a soft-spoken woman who attended the National Institute of Technology Calicut. According to her Instagram, Rahuma is a cook and shares her cooking on her social media.

Not only that, but Ruksana also ran a YouTube channel where she promoted her Indian cooking recipes.

As of 2021, Rukasana’s parents have been married for over 40 years.

As Ruksana Carroll shared on her Instagram, she measures at the height of 4 feet 4 inches (1.32 meters). This makes her fall into the group of little people. However, she never let that become a factor for reaching goals in her life.

Furthermore, Ruksana had shared that she was the only short person in her family where she had over 300 relatives.

As Ruksana Carroll revealed in an interview, she started working at the age of 15. Her first job was in retail where she faced discrimination from her fellow employees. Although her manager was very supportive, Ruksana eventually ended up leaving her job because of the reason.

But, Ruksana had plenty of bitter stories to share about discrimination that she faced because of her height. Ruksana also reflected on the story when she went to work in retails for a shoe company, the district manager avoided giving her a job because of her short height.

As of August 2021, Ruksana is employed as a Senior Payroll Administrator.

Other than the day job, Ruksana also appeared on Family Feud with her husband and her in-laws. They were confident their sense of humor, positive attitudes, and individuality had impressed the judges during the audition process.

Fantasia Parker, Ruksana’s cousin, who also participated in the show, brought the idea to the family and filled out the application. They sent applications and traveled to Connecticut in October 2017. Later, they went to Los Angeles to film two episodes.

The Carroll family had also appeared on The Newlywed Game back in 2012. Ruksana and her husband won an all-expenses-paid trip to a resort in St. Croix as a result of that experience.

After the first appearance on Family Feud, Ruksana’s family was invited again to be a part of a special tournament. However, the family didn’t win the second time.

By 2021, Ruksana Carroll should have a total net worth of nearly $500 thousand.

Ruksana Carroll and Wayne Carroll Jr., her husband, met each other for the first time when they were 15 and in high school. As Ruksana shared, she first hated and was disgusted with Wayne for saying “I’d get with you.” Later, the couple discovered that they shared Spanish class.

In 2010, Ruksana graduated college and lucky for her, the college graduation turned into an engagement party. Wayne never proposed to her with the ring, instead, he asked for her hand in front of her parents.

Ruksana’s parents knew Wayne for a very long time, and for a man who was 6 feet 1 inch, her father initially disagreed saying that Wayne would be too big for her. Before that, Ruksana had told her mother that Wayne wanted to marry her where her mother’s reply was she needed to speak to Ruksana’s father and other family members. 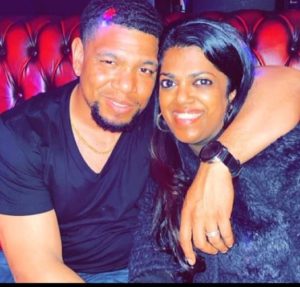 Wayne and Ruksana tied the knots on 13 July 2012 and have been married ever since. Together, the married couple has a daughter named Yaara Carroll who turned 6 years old on 6 June 2021.

Wayne, on their anniversary, took to IG and wrote: “Happy Anniversary to my other half! ( #IYKYK ) Babe… we’ve been through the best and worst of times. You name it, we’ve done it! I really couldn’t imagine going through life without you and our beautiful, smart, and talented daughter.”

“For her, your love, your affection, our family, and our life I thank you for! You have always held me down when I really thought all was lost. But also, you kicked me in the ass and NEVER let me give up when it came to my goals and accomplishments,” Wayne continued.

Ruksana’s husband ended the post with, “So with that being said… I get it now! I always used to wonder who does the Lion turn to when they are feeling weak, or broken… and it’s his Queen! You are my strength when weak. My rock My solace My everything! #HappyAnniversary”